Home Auto News We Know Our Weak Points, We Are Preparing: Maruti Suzuki On Upcoming Launches

We know our weak points, we are preparing: Maruti Suzuki on upcoming launches

Maruti Suzuki is expected to launch at least three more vehicles in coming days. The carmaker will also drive in a compact SUV developed with help from Toyota.
By : PTI
| Updated on: 24 Feb 2022, 06:52 AM 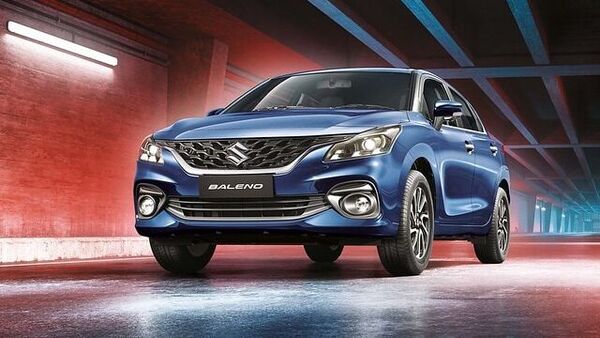 Maruti Suzuki launched 2022 Baleno on February 23. The hatchback, which comes loaded with tech, has several firsts for a Maruti car. The carmaker is expected to incorporate these changes in upcoming models too.

In an interaction with PTI on the sidelines of the launch of all-new Baleno, MSI Managing Director and CEO Kenichi Ayukawa said that the company could even reach the 2018-19 peak volume level if the chip supply remained adequate.

MSI's total sales in 2018-19 stood at 18.62 lakh units while in the April-January period this fiscal, the company reported total sales of 13.18 lakh units.

Ayukawa stated that the auto major lost volumes last year due to Covid-19 and later due to chip shortage.

"If the situation improves, we can increase volume supply as demand is there. We can provide good volume to the market. It means growth is continuing. If we can receive a good enough volume of components and with the strong demand, we can easily achieve the 2018-19 volume levels," he stated.

He noted that the government has presented a very aggressive Budget that will help in the growth of the economy.

Demand remains robust and the only major concern is the shortage of components, Ayukawa stated.

On new product launches, Ayukawa said: "We already recognise our weak point – we are preparing on those points. That kind of product development is going on. And also model life is like six years and some of the models are reaching the end of life."

When asked about the upcoming CAFE (Corporate Average Fuel Efficiency) norms, he stated that the company is expecting some relaxation.

"But depending on the government's direction, we have to follow that. As an industry, we are requesting some benefit..We are not getting a response from the government clearly," Ayukawa said.

He noted that while the industry is seeking relief, the government on the other hand is trying to encourage the overall economy.

On the company's new plant in Haryana, Ayukawa noted that the project is yet to get final clearances.

On exports, he noted that shipments were increasing due to robust demand across global markets.

MSI currently exports the bulk of its models to Africa, South East Asia and the Middle East, Ayukawa stated.

He noted that the auto major is focussing primarily on CNG and electric when it comes to alternate fuels.

"Flex-fuel is also a good idea to reduce oil imports," he added. On EVs, Ayukawa stated that the company remains on course to introduce its first product in 2025.

The launch of more models would however depend on the demand scenario and charging infrastructure development, he noted.

On the safety aspect of MSI cars, he noted that the company models were compliant with the prevailing government regulations.

He however stated that there was a need to analyse and find solutions for the high number of accidents that were taking place on the Indian roads.