Self-driving unit Waymo is partnering with Daimler AG’s truck division to put the former’s technology to use in the Freightliner Cascadias.The two companies said their jointly developed fully autonomous trucks will be available to US customers in the coming years.
By : Bloomberg
| Updated on: 28 Oct 2020, 10:19 AM 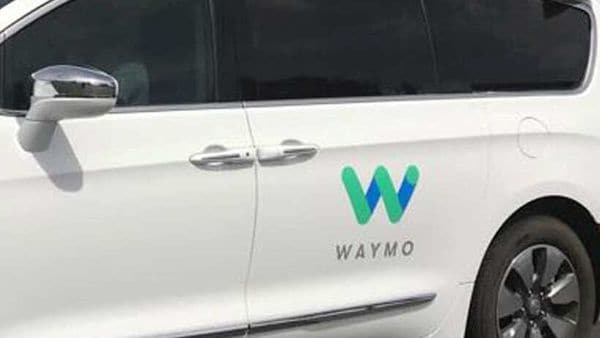 FILE PHOTO: Logo of Waymo appears on a self-driving vehicle

Waymo has added the first trucking company to a fast-growing roster of manufacturers it will work with to develop driverless vehicles.

Alphabet Inc.’s self-driving unit is partnering with Daimler AG’s truck division to put Waymo’s technology to use in the Freightliner Cascadias, the companies announced in a statement Tuesday. The two said their jointly developed fully autonomous trucks will be available to US customers in the coming years, without giving a more specific timeline.

Waymo already has passenger-car partnerships with Fiat Chrysler Automobiles NV, Jaguar Land Rover Automotive Plc, Volvo Cars and the alliance between Renault SA, Nissan Motor Co. and Mitsubishi Motors Corp. While the tech company recently opened up its driverless ride-hailing services to the public in Phoenix, Chief Executive officer John Krafcik has big ambitions for autonomous trucking, telling Bloomberg News a year ago that it may end up being a business that catches on faster.

Daimler Trucks already had a partnership with Torc Robotics, a US startup it acquired a minority stake in last year, to speed up its development of autonomous trucks. The Freightliner Cascadia is the German manufacturer’s flagship model in North America, and the company unveiled a new version in early 2019 that it said would be able to brake, accelerate and steer at all speeds on its own.