Volvo to save 2.5 million tonnes CO2 emissions, millions of dollars by recycling

Volvo says that every part used in its cars needs be designed, developed and manufactured to be used and re-used, either by itself or its suppliers.
By : HT Auto Desk
| Updated on: 22 Apr 2021, 17:32 PM

Volvo aims to become a circular company by 2040 with consequential benefits of saving around SEK 1 billion ($118 million) money and 2.5 million tonnes in carbon emissions by 2025.

By being a circular firm, the company means to create a closed material loops for emission-heavy materials such as steel and aluminium, by remanufacturing, repairing, reusing and refurbishing the parts. This will help prevent waste of any material. "Volvo Cars has one of the most ambitious climate plans in the car industry, and if we are to reach our goals, we need to embrace the circular economy," says Anders Kärrberg, head of global sustainability at Volvo Cars.

In order to become a circular business, Volvo says that every part used in its cars needs be designed, developed and manufactured to be used and re-used, either by itself or its suppliers. The company wants to optimise the use of materials, components and cars by focusing on resource efficiency and retaining the value created in materials and components for as long as possible during the lifecycle of those materials. 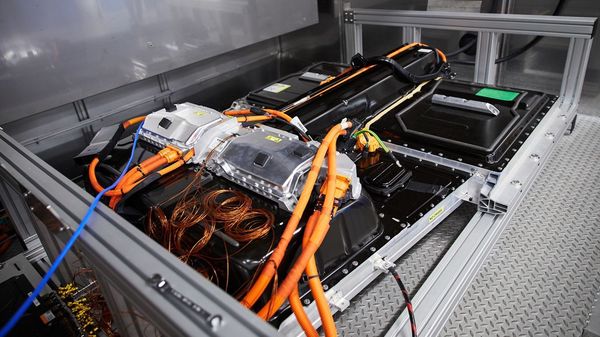 Volvo already remanufactures components such as gearboxes and engines. In 2020, the company remanufactured around 40,000 parts, saving nearly 3,000 tonnes of CO2 emissions. By 2025, Volvo aims to more than double its remanufacturing business.

Volvo is also exploring the potential in second-life applications for its high voltage batteries. Currently, the company, in partnership with BatteryLoop, uses batteries from electrified Volvo cars for a solar-powered energy storage system. Through these projects, Volvo is investigating how batteries age when re-used in second-life applications that have comparatively less aggressive cycling compared to in-car use.