Prolonged sales decline further impacted by Covid-19 has made going tough for several local Chinese car makers. Geely, which is also the biggest shareholder in Daimler AG , has so far declined to comment on its possible takeover of Lifan.
By : Reuters
| Updated on: 19 Jun 2020, 11:49 AM 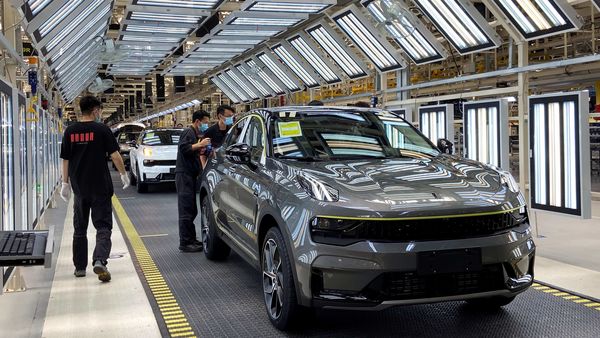 Volvo owner Geely is set to take over an automaker battered by a prolonged sales decline exacerbated by the impact of the novel coronavirus, said three people with knowledge of the matter, in an indication of how the pandemic is stoking consolidation.

Zhejiang Geely Holding Group Co Ltd plans to become the top shareholder of Chongqing Lifan Holdings Ltd and inject fresh capital into China's one-time leading motorcycle maker, said two of the people, who declined to be identified as the matter was private.

The price and size of the stake and the amount of fresh capital were not immediately clear.

Geely, which is also the biggest shareholder in Daimler AG , declined to comment. Lifan did not respond to requests for comment.

Still, executives at some of China's biggest automakers have said they expect a changing landscape following the virus, with competition between both domestic and international automakers pushing smaller peers into restructuring or bankruptcy.

With employment a government priority this year, Geely's intervention in Lifan would be a boon for Chongqing's local economy for which the debt-laden firm is a major employer and taxpayer.

Liquidity-starved Lifan is set to propose debt restructuring to creditors on Saturday with options including asset sales and debt-to-equity swaps, and plans to complete the restructuring as early as August, said the two people.

The automaker had only 450 million yuan out of 12.6 billion yuan worth of credit lines from 25 banks, filings showed.

Lifan was founded by entrepreneur Yin Mingshan in 1992 as a motorcycle maker and produced its first car in 2006 - the Lifan 520 four-door sedan which was later exported to Russia. Sales have remained a fraction of domestic peers such as Geely.

After completing the takeover, Geely plans to shift part of its EV business and production to Lifan, said one of the people.