Sweden-based Volvo Cars, owned by China’s Zhejiang Geely Holding Group, would offer shares in a move that is expected to raise $2.9 billion, valuing the carmaker at up to $23 billion.
By : HT Auto Desk
| Updated on: 19 Oct 2021, 09:50 AM 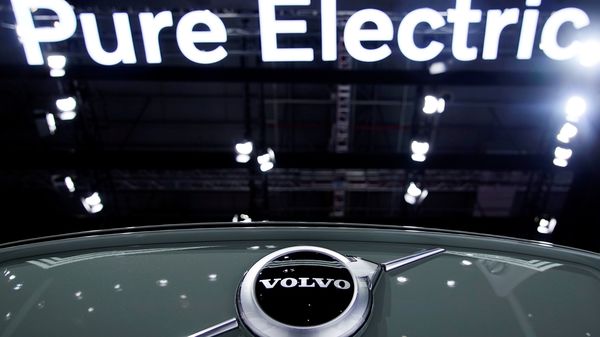 A Pure Electric sign is seen above a Volvo vehicle displayed during a media day for the auto show in Shanghai, China. (File Photo)

With an increased focus on technology that would enable Volvo to bring out EVs with far enhanced per-charge range and better battery technology, the company now aims to raise $2.9 billion through IPO it launched on Monday. The IPO, according to some reports, is set to be Europe’s largest since January.

The Swedish carmaker, owned by China’s Zhejiang Geely Holding Group, also plans to set up a battery plant in Europe with 50 gWh production capacity, larger than the 35 gWh capacity of Tesla's Nevada gigafactory.

Volvo Cars is looking at an overall valuation of $23 billion in an effort fund its electric car projects in the future. Volvo Cars was bought by Zhejiang Geely Holding Group 11 years ago. It was earlier part of Ford Motor and was valued at about $1.8 billion. The fund raise through the IPO is also going to be used to increase Volvo's capacity to nearly double its annual sales to more than 1.2 million vehicles.

Hakan Samuelsson, CEO at Volvo Cars, said, “We have a very clear strategy to be an electric company in 2030 and we’ve been on that journey for some years now. With this, of course, we can secure that transformation, because of course, it’s not free of charge."

Volvo's IPO comes weeks after its EV wing Polestar, jointly owned by Geely, revealed its plans to go public in New York via a blank-check merger. The deal may increase its value of $20 billion as Volvo hoping for a 50 per cent stake. The four-year-old electric vehicle startup has a target of delivering only about 29,000 cars this year.