Geely and Volvo will also move their powertrain activities into a separate company, which will enhance focus on development of electric vehicles.
By : Bloomberg
| Updated on: 25 Feb 2021, 09:19 AM 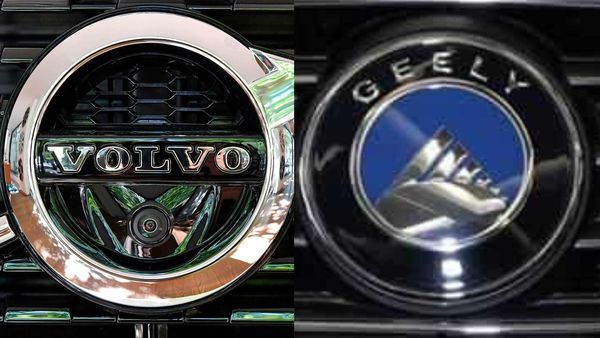 China’s Geely Automobile Holdings Ltd. and its Swedish affiliate Volvo Cars are putting off earlier plans to merge, wagering they will be more agile as standalone entities.

The manufacturers will preserve their separate corporate structures while cooperating more closely on electrification, software and autonomous-driving technology, according to a joint statement. While they’ll no longer pursue a combination as announced a year ago, new listings could be on the table.

“This is about maintaining top-line momentum," Volvo Cars Chief Executive Officer Hakan Samuelsson said in an interview. “A merger isn’t always positive. You risk losing momentum because there’s too much internal focus."

Geely and Volvo also will move their powertrain activities into a separate company, which will enhance focus on development of electric vehicles, Samuelsson said. Daimler AG joining the business would be positive, he said. The German carmaker counts Geely owner Li Shufu as its biggest shareholder and in November announced plans to jointly develop a gasoline engine that could be electrified later.

Geely Auto’s shares jumped as much as 3.5% in early trade in Hong Kong on Thursday.

Geely and Volvo also will move their powertrain activities into a separate company, which will enhance focus on development of electric vehicles,

The moves are the latest examples of auto companies rapidly transforming their businesses as they eschew the internal combustion engine in favor of batteries. Daimler this month said it’ll spin off its trucks unit after more than a century of keeping it under the same roof as its car operations, while Volkswagen AG is mulling a possible listing of Porsche.

Volvo Cars may seek a listing of its own after deciding against a merger with Geely. It tabled plans for an initial public offering in 2018 after early feedback from investors indicated investors would have assigned the company a lower-than-expected valuation.

“It’s important to have the possibility to reach out to equity markets as a standalone company," Samuelsson said. No decision has been made on a renewed IPO push.

Geely Auto’s parent Zhejiang Geely Holding acquired Volvo from Ford Motor Co. for just $1.8 billion in 2010, when the U.S. carmaker was recovering from the global financial crisis. Bloomberg Intelligence analysts estimated in December that Volvo could be valued in the range of $8.1 billion and $11.6 billion.

Li, the chairman and founder of Geely Holding, has been forging ties with a vast array of companies to stay abreast of the two great shifts hitting the industry: electrification and automation. In less than a month early this year, Geely agreed to pacts with search-engine heavyweight Baidu Inc., Apple Inc.’s Taiwanese manufacturing partner Foxconn Technology Group and Tencent Holdings Ltd.

Li has long championed partnerships and consolidation as ways for automakers to pool resources for costly initiatives including self-driving vehicles. In the course of building a global carmaking empire over three decades, he’s become Daimler’s largest shareholder and amassed stakes in the British brand Lotus as well as Malaysia’s Proton.

Geely and Volvo will share vehicle platforms, software stacks and advanced connectivity. Volvo will also use its distribution and service network for a global rollout of the Lynk & Co brand that it jointly owns with Geely. The carmaker based in Gothenburg, Sweden, plans for fully electric vehicles to make up half of global sales by 2025.

“I’d be surprised if we deliver any cars with a combustion engine after 2030," Samuelsson said.