The workers at Volkswagen's facility in Puebla could go on strike starting August 18 if their demands are not met.Puebla's capital is a hotbed for the coronavirus, with almost 11,000 confirmed cases.
By : Reuters
| Updated on: 24 Jul 2020, 07:53 AM 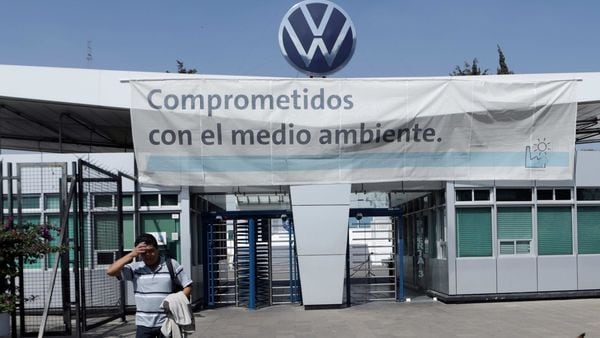 Volkswagen's Mexico unit on Thursday urged thousands of employees in the central state of Puebla to reconsider their demands for salary increases as the company anticipates a 24% drop in domestic sales due to the coronavirus.

After suspending operations in Mexico for more than three months to contain the pandemic, the automaker faces a contract negotiation in which its unionised workers in Puebla are seeking a 12% wage increase.

Workers could go on strike starting August 18 if their demands are not met, the union told local media.

The union did not immediately respond to a Reuters request for comment.

Volkswagen was one of the last automakers to resume operations in June after strict health measures put in place by Puebla's state government. Puebla's capital is a hotbed for the coronavirus, with almost 11,000 confirmed cases.

"Now that there are no (resources), we have to find more creative solutions," Volkswagen spokesman Mauricio Kuri said in an interview with local radio.

He added that Volkswagen had not laid off workers in Mexico during the crisis.

As of May, the company had 11,364 employees at its plant in Puebla, including administrative and technical workers.

(Also read: Ford and Volkswagen electric models may be delayed by trade-secret fight)

Kuri said more than 600 employees who are considered "vulnerable" to the virus remained in their homes and had to be temporarily replaced.

Volkswagen expects to sell less than a million new vehicles in the Mexican market this year as sales near their lowest levels since the economic crisis of 2009, when fewer than 755,000 units were sold, Kuri said.