A dispute between South Korean battery makers SK Innovation Co. and LG Chem Ltd. could undermine Ford’s intention to make an electric version of the F-150 in Michigan from 2022.It could also hamper Volkswagen’s efforts to build battery-powered cars in Tennessee the same year.
By : Bloomberg
| Updated on: 22 Jul 2020, 11:15 AM 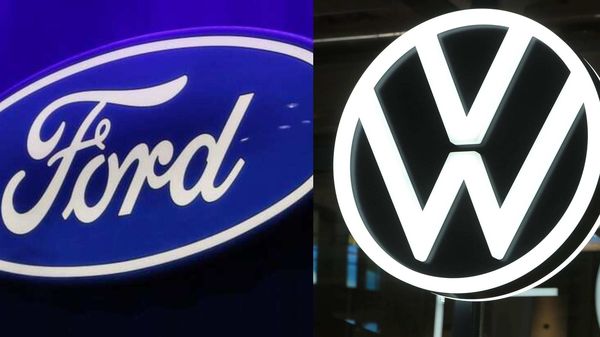 LG Chem says it will be able to fulfill Ford and VW’s battery needs, but the automakers disagree.

Ford Motor Co. and Volkswagen AG warned a swirling legal dispute between two South Korean battery suppliers could threaten their plans to start producing electric vehicles in the US.

The dispute between SK Innovation Co. and LG Chem Ltd. could undermine Ford’s intention to make an electric version of the F-150 in Michigan from 2022 and VW’s efforts to build battery-powered cars in Tennessee the same year. In filings with the US International Trade Commission, the carmakers warn the US against banning imports of components SKI needs to manufacture batteries that LG Chem says were developed using stolen trade secrets.

“To avoid a catastrophic supply disruption," lawyers for VW said in a May filing, the trade commission should allow SKI to fulfill its contract to produce batteries in Georgia even if it finds that the supplier violated trade rules. “Any remedial orders should seek to avoid collateral damage to SKI’s existing customers," they said.

The commission is considering an order that would block SKI from importing components for its batteries, which would be made at a plant that is under construction. A trade judge said in February that LG Chem should be declared the winner in the dispute as punishment for SKI destroying key evidence. The trade agency is reviewing the judge’s findings, with a final decision due in October.

LG Chem says it will be able to fulfill Ford and VW’s battery needs, but the automakers disagree.

The electric F-150 is a key aspect of the $11.5 billion investment in battery-powered vehicles that Ford has pledged through 2022. The US automaker said in a May filing that it decided to source batteries from SKI after periodic meetings over several years with both of the South Korean companies. LG Chem had supplied batteries for its electric Focus car that launched in 2012.

Lawyers for Ford said the company has expended “significant resources and man-hours" testing SKI’s batteries and incorporating them into its production processes since the company won the F-150 contract. The automaker has 300 employees dedicated to the program at its assembly plant in Dearborn, Michigan, and warned that a ruling could also impact jobs within its supply base and dealer network.

“Such threat to US jobs is especially untenable given the skyrocketing unemployment rate and the millions of Americans who have recently lost jobs due to the Covid-19 pandemic," Ford said.