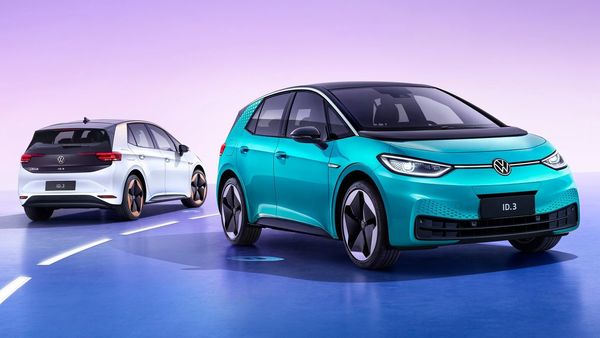 Volkswagen has introduced its popular all-electric ID.3 model in China and customers will be able to pre-book it before its market launch in October. Making its debut at the Chengdu Motor Show, Volkswagen ID.3 is all set to create its base in the world’s biggest automotive market following the launch of ID.4 and ID.6 models.

Volkswagen also conveyed that deliveries of vehicles from its ID. family have doubled in the past three months. Taking the number from 1,500 units in May to around 3,000 in June and then following it by 5,800 in July shows that Volkswagen has entered the list of top ten manufacturers in the Chinese e-car market in July, informs the automaker. It also adds that by the end of the year, around 80,000 to 1,00,000 vehicles from the ID. family will be delivered to customers in China. However, this will be subjected to the current semiconductor shortage worldwide.

Volkswagen China CEO Stephan Wollenstein informed that customer feedbacks after the launch and deliveries of ID.4 and ID.6 models look promising. “With the ID.3, we are now offering our customers a product in the important compact segment and, in combination with the other ID. models, are able to cover a large share of the market," he added.

Volkswagen with its ACCELERATE strategy intends to increase the share of its all-electric vehicle deliveries in Europe to over 70 percent by 2030 and for North America and China, the brand aims an EV share of over 50 percent.