Volkswagen is keen to bolster its status as the largest foreign automaker in China even as government measures to control the coronavirus epidemic have squashed sales.
By :
| Updated on: 29 May 2020, 08:46 AM 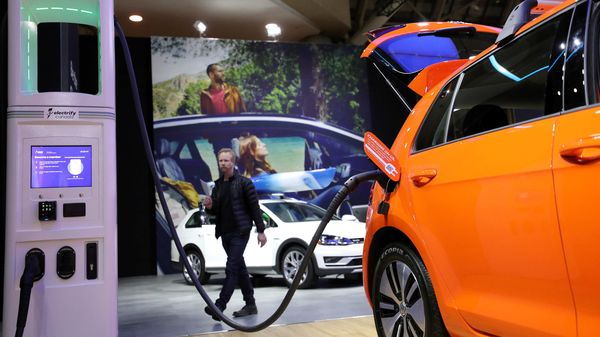 Volkswagen said it will invest 1 billion euros to take a 50% stake in the state-owned parent of Anhui Jianghuai Automobile Group (JAC Motors), also raising its stake in an existing electric vehicle joint venture with JAC to 75% from 50%.

The joint venture will launch five more electric models by 2025 and establish a car manufacturing base, Volkswagen said.

In a separate transaction, Volkswagen said it will pay 1.1 billion euros to acquire 26.5% of Guoxuan High-tech Co Ltd, a maker of electric vehicle batteries, becoming its biggest shareholder.

Volkswagen said Guoxuan, based in Hefei like JAC, will supply batteries to its EV models in China.

Reuters exclusively reported on Wednesday that Volkswagen was in final talks to invest in the two companies.

Volkswagen is keen to bolster its status as the largest foreign automaker in China even as government measures to control the coronavirus epidemic have squashed sales.

The moves come as global rivals such as US electric vehicle maker Tesla Inc seek to make inroads in the Chinese car market. Tesla last year became the first foreign automaker to wholly own a car plant in China.

Shares in JAC and Guoxuan climbed their maximum daily limit of 10% on Friday morning.