Two of the biggest carmakers in the world have planned to team up on electric and self-driving vehicles even as the coronavirus derails other projects.
By : Reuters
| Updated on: 29 May 2020, 08:00 AM 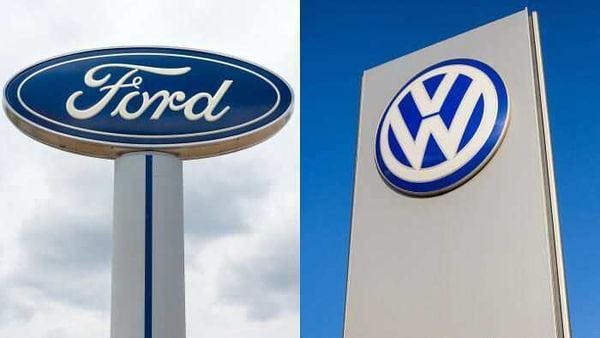 Volkswagen said various contracts between the two companies were nearing completion and would be signed soon.

Volkswagen said on Thursday its supervisory board had approved several projects in a multibillion-dollar alliance with Ford Motor that was first announced last July.

The German carmaker said various contracts between the two companies were nearing completion and would be signed soon.

Regarding official approval of the agreements, a Ford spokesman on Thursday said, "We look forward to jointly providing an update soon."

(Also read: Volkswagen, Ford forge ahead with technology sharing to save costs)

Volkswagen's statement said "further projects are to follow, as is the investment in Argo AI," the self-driving software company backed by Ford and which eventually will be jointly controlled with Volkswagen.

Volkswagen's planned $3.1 billion investment in Argo "remains on track and is expected to close soon," Argo said in a statement on Thursday.