Herbert Diess did survive frequent clashes with powerful worker representatives but key project failures combined with worker discontent may have eventually caused his fall.
By : Bloomberg
| Updated on: 25 Jul 2022, 09:44 AM 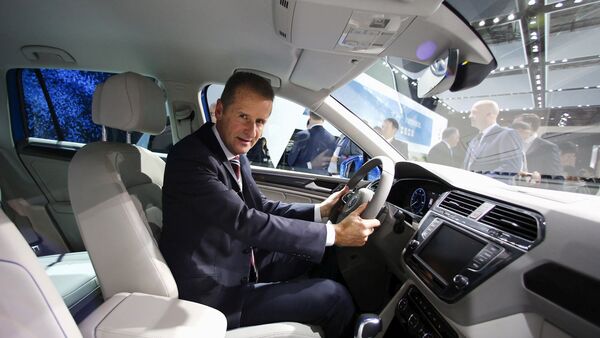 Volkswagen AG’s dramatic move to oust its combative chief executive officer was set in motion a week ago, when his backing from the billionaire Porsche and Piech family began to crumble.

Unwavering support from the reclusive clan that majority-owns VW had helped Herbert Diess survive frequent clashes with powerful worker representatives. But as key project failures combined with worker discontent, the family concluded he had to go.

The decisive day was July 20, according to people familiar with the deliberations. The top committee of VW’s supervisory board, comprising family representatives, officials from the German state of Lower Saxony officials and labor leaders, determined Diess’s time was up. He learned this around lunchtime the next day, still jet-lagged from a visit to the automaker’s SUV factory in Chattanooga, Tennessee.

In the end, Diess’s undoing is a brutal reflection of the challenges facing leaders of industrial behemoths trying to modernize for the digital age. VW’s unions wield significant influence even by German standards, where worker representatives account for half the seats on supervisory boards. Their leaders and the state are resistant to drastic and expedient change that will compromise jobs.

While Diess excelled at setting a strategic direction for VW, his delivery ruffled feathers and the company’s execution has been patchy. The outsider brought in from BMW AG in 2015 didn’t accumulate enough allies and became increasingly isolated. Threats of cost cuts and delays developing software for the vehicles of tomorrow ultimately cost him his position.

“The departure of CEO Herbert Diess should not be a surprise given how marginalized he had become in recent months," Philippe Houchois, a Jefferies analyst, wrote in a report. “The timing is unfortunate and another illustration of dysfunction at VW."

Spokespeople for VW declined to comment on the events leading up to Diess’s dismissal.

Momentum to remove Diess before VW’s summer break started building last weekend during individual discussions among the eight-member presidium within its supervisory board. Diess was in the US to shore up progress in a market where Europe’s biggest carmaker has long lagged.

While the top executive was away, key representatives of VW’s main stakeholders started contemplating who could replace Diess should tensions within the company worsen. There have been repeated flare-ups, including late last year, when Diess warned the company risked falling behind Tesla Inc. and mused about major job cuts. In December, VW overhauled its management board, stripping Diess of some responsibilities while tasking him with leading Cariad, the carmaker’s software unit.

Since then, discord at Cariad has pushed back the scheduled rollout of important new models, including the electric Porsche Macan SUV. His struggle to muster broader support to execute his 89-billion euro ($91 billion) electric-vehicle and software strategy started to fray support among Porsche and Piech family members.

During the deliberations of the last week, Porsche CEO Oliver Blume emerged as the heir apparent with his long history of key operational positions at VW and track record of rejuvenating the sports-car division. While Porsche’s all-electric Taycan is Blume’s most visible achievement, he has successfully executed various projects across the group, winning the backing of VW’s many factions. 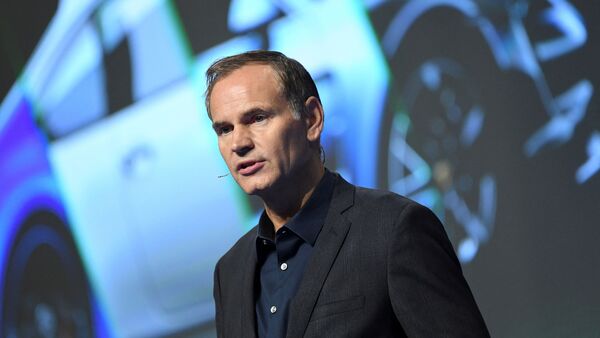 As VW’s power players weighed pros and cons of putting a new leader in charge, they started to tilt toward making a change. Hours after Diess returned from Chattanooga, he was hit with the decision and given 24 hours to respond. After consulting with legal advisers, he decided it was time to go.

Diess informed VW Chairman Hans Dieter Poetsch on Friday. A meeting of the company’s 20-member supervisory board was called for 4:30 p.m. in Germany. Fifteen minutes before the start of the meeting, the presidium members informed their respective camps that Diess’s replacement was on the agenda. The board voted unanimously for his ouster.

Diess, credited with putting in place the industry’s biggest EV rollout, will make way for Blume in just over a month. He’s likely still entitled to be paid in full under his contract through October 2025. Depending on the automaker’s operating results and share performance, the amount could reach more than 30 million euros.