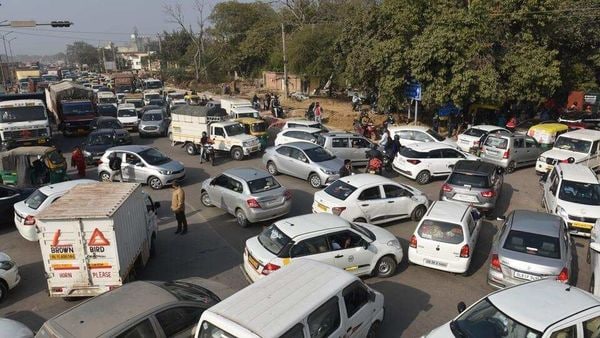 Union Road Transport and Highways Minister Nitin Gadkari has once again explained how the National Automobile Scrappage Policy will help in speeding up economic growth as well as generate jobs in the country. Prime Minister Narendra Modi recently launched the vehicle scrappage policy which aims to replace old and polluting vehicles from the roads with new ones.

The policy will make it mandatory for 20-years-old personal vehicles to undergo fitness test, while commercial vehicles would require to do it after 15 years.

During a press conference on Tuesday, Nitin Gadkari said, "The launch of the National Automobile Scrappage Policy by the prime minister was a 'historic decision'... It will accelerate economic growth and boost employment generation in the country."

The Road Transport and Highways ministry has shared data that shows around one crore unfit vehicles can be recycled immediately. Mandatory fitness testing for heavy commercial vehicles will come into force from April 1, 2023, and the same will be in place in a phased manner for other categories from June 1, 2024.

The ATS will be set up manual testing of vehicles as per the road map. 26 ATS have already been sanctioned. Seven ATS are already said to be functioning. "In the first phase, 75 stations will be set up; and later, it will be scaled to 450-500 stations," Gadkari said.

The RVSFs will ensure that vehicles are scrapped in an environment-friendly and safe manner. Gadkari said that around 50-70 RVSFs are needed across the country in the next 4-5 years. "All RVSF applications will be processed through a central single window clearance portal. State/ UT governments will have to clear the proposal within 60 days else proposal will be deemed approved," he said.

While launching the policy, PM Modi had said that instead of the age of the vehicle, a fitness test will determine if the vehicle will be sent for scrapping. The policy would attract an investment of ₹10,000 crore and create thousands of employment opportunities.