Each new V8 Bentley Flying Spur takes over 100 hours to be assembled by hands as it crosses 84 individual stages.The V8 engine is 100 kg lighter than the W12 version and will help to make the vehicle feel more agile and responsive.
By : HT Auto Desk
| Updated on: 17 Nov 2020, 14:19 PM 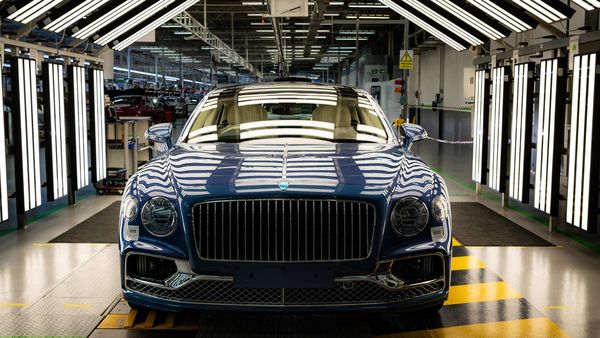 Bentley recently announced that it is bringing back its popular V8 engine in the new Flying Spur as an alternative to the iconic W12. The luxury car maker has now announced that the V8-powered Flying Spur has entered full production at its facility in Crewe. Orders for the car are being accepted globally and the first batch has been dispatched from the factory.

The Flying Spur V8 is 100 kg lighter than the W12 version and will help to make the vehicle feel more agile and responsive. Each new Flying Spur takes over 100 hours to be assembled by hands as it crosses 84 individual stages. Around 141 craftspeople use three kilometers of thread to combine 350 unique leather pieces to make the 60 components that form the interior of the car.

The V8 engine contributes to 15% reduction in CO2 emissions as compared to its W12 sibling. It benefits from increased range between fuel stops – now 441 miles / 709 km (WLPT). 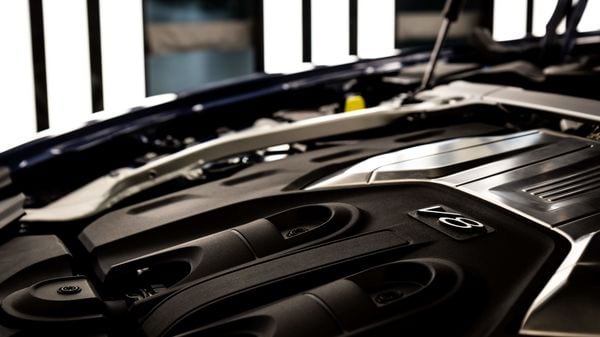 V8 engine under the hood of the new Bentley Flying Spur

To maximise fuel economy, the V8 can shut down four of its eight cylinders under light-load conditions, when torque demand is below 235 Nm and engine speed is below 3000 rpm. The new model includes the latest powertrain and chassis advancements such as Adaptive Air Suspension, Torque Vectoring by Brake, Drive Dynamics Control, and Electric Steering, all of which are standard features.

The V8 Flying Spur is available in both four- and five-seat configurations. It gets the Bentley Rotating Display, Apple CarPlay, photorealistic landscapes through Satellite maps and advance warning of changing road or traffic conditions via the Local hazard information service.

The Flying Spur has been one of the most popular product from Bentley. After 15 years of uninterrupted production, Bentley produced the 40,000th unit of the Flying Spur earlier this year.