Nitin Gadkari has claimed that diesel engines can be converted to methanol engines to reduce fuel costs significantly.
By : HT Auto Desk
| Updated on: 13 Apr 2022, 01:46 PM 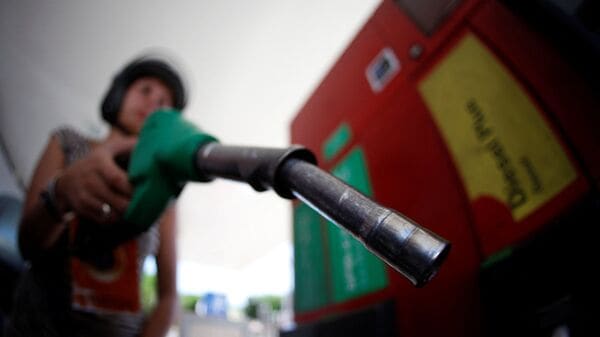 Petrol prices have shot through the roof and have been maintaining skyward movement in recent weeks.

Using methanol instead of pure conventional fossil fuel can reduce the fuel costs by 50 per cent, claims union minister for road, transport and highways Nitin Gadkari. He said that it has become extremely essential to explore the use of alternative fuel sources, especially methanol.

(Also read: Petrol price peaks but so does demand, sales now at 3-year high. Here's why)

Gadkari said that with the increase in prices of petrol and diesel it had become important to explore more easily available and cheaper fuels. He claimed that methanol is much cheaper than diesel and technology is already available to convert diesel engines into methanol-powered ones. Gadkari added that a Swedish company has already invented technology to convert diesel engines to methanol engines.

Gadkari also pointed out that Assam is well poised to benefit from the shift to methanol from diesel. Assam currently produces 100 tonnes of methanol per day and is poised to increase the daily production to 500 tonnes.

Besides emphasising on methanol as an alternative to diesel, Gadkari also said that waterways can be a cheaper alternative to roadways. According to him, if transportation by road costs ₹10, it can be reduced to ₹six by railways and the amount comes down to ₹one through waterways.

This is not the first time when Nitin Gadkari has advocated for the use of alternative and greener fuels. he has been long advocating for using biofuel, ethanol and methanol as alternatives to petrol and diesel.

The auto industry too is exploring the idea of using greener and alternative fuel solutions than using petrol and diesel. This move comes as petrol and diesel prices have been rising rapidly in recent times.