US looks to Canada for minerals to build electric vehicles: Document

Opposition to large-scale mining projects within the US may mean the country starts looking at options with its northern neighbors.
By : Reuters
| Updated on: 19 Mar 2021, 08:37 AM

The US government is working to help American miners and battery makers expand into Canada, part of a strategy to boost regional production of minerals used to make electric vehicles and counter Chinese competitors.

On Thursday, the US Department of Commerce held a closed-door virtual meeting with miners and battery manufacturers to discuss ways to boost Canadian production of EV materials, according to documents seen by Reuters.

A source who attended the meeting said there was no indication that the Commerce Department would offer financial incentives for new mines or other supply chain components in Canada.

But department officials did stress the need to act now to build a US-Canada EV supply chain, much like Europe has been doing and Asia has already done, according to a second source who attended the meeting.

The move comes as demand for electrified transportation is set to surge over the next decade.

Conservationists have strongly opposed several large US mining projects, leading officials to look north of the border to Canada and its supply of 13 of the 35 minerals deemed critical for national defense by Washington.

Tesla Inc, Talon Metals Corp and Livent Corp were among the more-than 30 attendees at Thursday's meeting who discussed ways Washington can help US companies expand in Canada and overcome logistical challenges, according to the documents.

The US Department of Commerce did not respond to requests for comment. 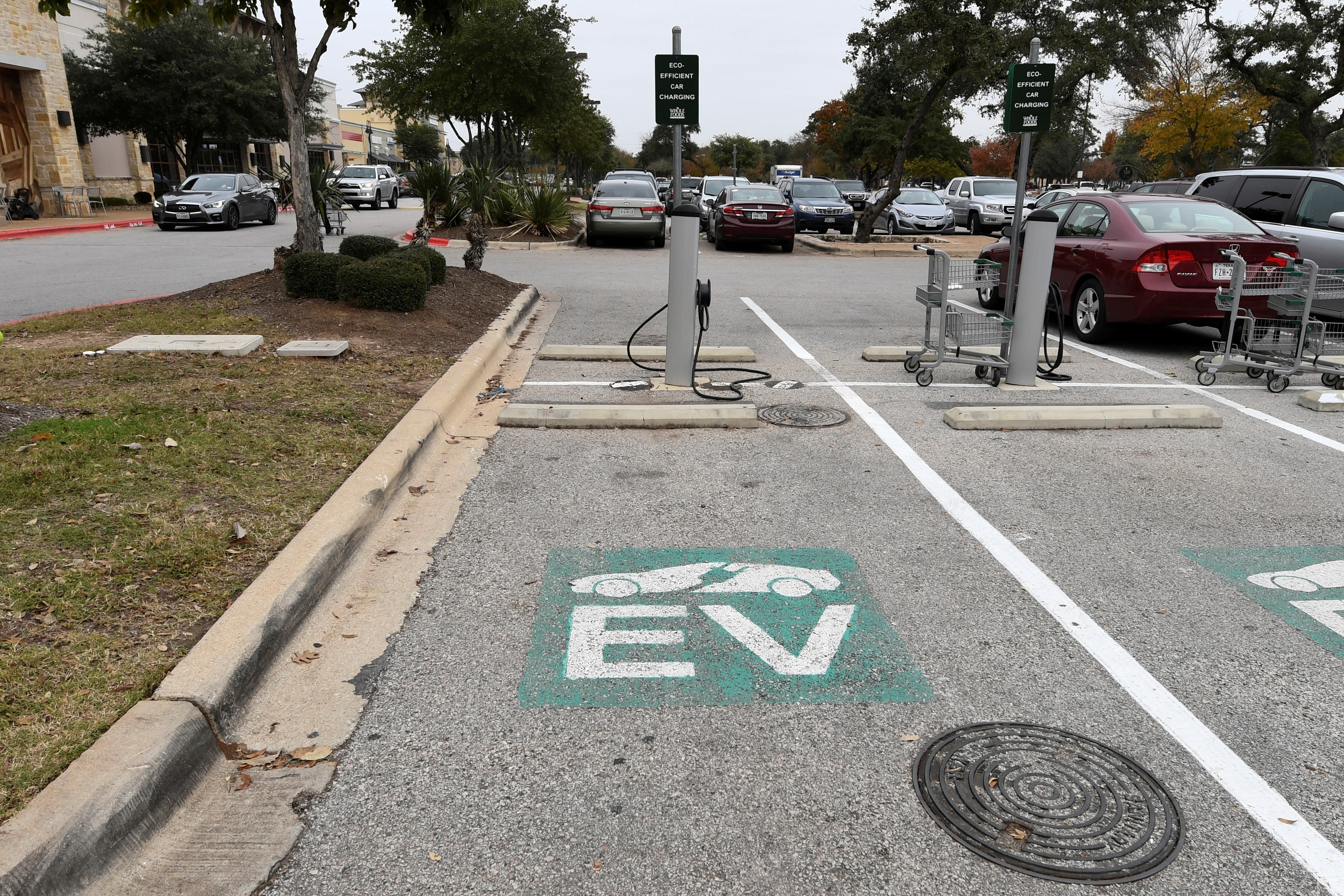 An electric vehicle (EV) fast charging station is seen in the parking lot of a Whole Foods Market in Austin, Texas. (REUTERS)

Since Biden's election, three US mining companies have invested in Canada, where mining accounts for 5% of the country's gross domestic product, versus roughly 0.9% in the United States.

Canada's Fortune Minerals Ltd, which is developing a cobalt mine in the Northwest Territories, has also held funding talks with the US Export/Import Bank, its chief executive told Reuters.

Lithium-ion batteries are dangerous to transport over long distances, so automakers prefer to have them built near assembly plants. That should aid efforts by Ontario and Quebec to develop their own battery cell plants with both provinces close to US automakers in Michigan and Ohio, industry executives said.

"The border between Canada and the US is inconsequential with respect to EVs and EV minerals," said Arne Frandsen, CEO of mining investment group Pallinghurst, which is the largest shareholder in Nouveau Monde Graphite Inc, which is building a graphite mine and an anode plant in Quebec.

Pallinghurst joined Livent last November to buy the Nemaska lithium project in Quebec, in what will be North America's largest lithium mine. Both projects are slated to open by 2024 just as automakers launch dozens of new EV models.

"We do see Canada as a natural fit for expansion as the whole battery supply chain is going through a huge self-reckoning about sourcing," said Livent CEO Paul Graves.

Livent has supply deals with BMW and Tesla.

To be sure, the United States is also trying to boost domestic production of EV metals, which the Biden administration has said is critical.

But Washington is increasingly viewing Canada as a kind of "51st State" for mineral supply purposes and plans to deepen financial and logistical partnerships with the country's mining sector over time, according to a US government source.

Both countries are members of the Energy Resource Governance Initiative, a pact to share mining experience and resources.

Canadian firms are also able to apply for US government grants under the US Defense Production Act and other U.S. funding programs. There are no US tariffs on Canadian EV battery metals or EV parts.

"You're beginning to see Canada become an important part of the North American EV supply chain," said Keith Phillips, CEO of Piedmont Lithium Ltd, which in January bought 20% of Sayona Mining Ltd, a developer of a Quebec lithium project.

Canada's First Cobalt Corp is building the continent's only cobalt refinery, part of an effort to wean the EV industry off supplies from the Democratic Republic of Congo, where child labor has been used. Cobalt is used to make battery cathodes.

Adding to the appeal of Canada, some of the country's mines bill themselves as environmentally friendly and promise to use hydroelectric power to reduce their carbon emissions.

The United States knows "that we are the most-secure and most-resilient source of metal imports for them," Canadian Natural Resources Minister Seamus O'Regan told Reuters.

While USA Rare Earth already controls a rare earths deposit in Texas, executives said they wanted access to more of the minerals used to make electronics and weapons.

"You can't just rely on projects in the U.S. for supply," said Pini Althaus, USA Rare Earth's CEO. "You have to collaborate with Canada."