The All-In Challenge is a digital fundraising program to help food banks in the US reach out to those in need.Many celebrities have answered the call and have started raising money in the best way they know how.A challenge of a similar kind in India could help the needy here as well.
By : HT Auto Desk
| Updated on: 18 Apr 2020, 10:09 AM 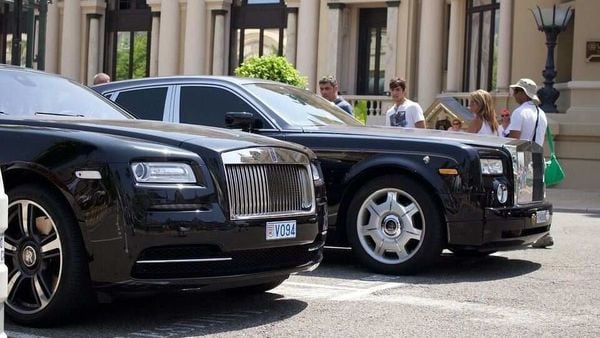 The All-In Challenge has seen several US celebs putting up their cars for auction to help raise money for food banks. (Image used for representational purpose)

Several US celebrities have begun donating their cars to help in the fight against Covid-19 pandemic. Part of what is being called the All-In Challenge, the celebrities here hope that the cars can either help in transporting of key medical supplies to places most needed or can be sold/auctioned to generate funds for procuring supplies and helping those who may not be financially sound. Much like how social media challenges begin trending in no time in India, many are now hoping the wealthy in India too consider taking the same path.

The All-In Challenge is a digital fund-raising program which seeks to raise millions of dollars to ensure food banks in the United States are stocked enough to feed those in need. Although primarily targeted at ensuring food - a basic necessity - is in no short supply, many are hoping the funds raised can also be used for other essential items.

And a long list of celebrities in the United States have joined in. Among them are rapper Meek Miles who has reportedly put up his 2018 Rolls-Royce Phantom for auction with bidding slated to begin at $200,000. "My dream car that motivated me to chase success," he wrote on Instagram as he informed about the car being donated. The singer is believed to have also said that he is in no need of a car like the Phantom at a time of crisis.

THIS MY BABY IMA MISSSSSSSS YOUUUUUUUUUU 😘😘😘😍😍😍😍😍 papers signed!! #donated “ my dream car that motivated me to chase success!! #allinchallenge Yeah I be snapping with helping people too 😉 #NOCAP

Retired quarterback Eli Manning of New York Giants has also donated his 2011 Chevrolet Corvette Convertible which is currently up for auction at a bid of $110,000.

Television host Ellen Degeneres has announced that she will be donating $1 million to charity organisations that include Meal on Wheels, an initiative that brings food to underprivileged people.

While the list of celebrities participating in the All In Challenge is growing fast, it is not just about auctioning cars alone. While a few have offered trips on their private jets to those who make sizable donations, others have offered dates and lessons. Some Hollywood A-listers are also offering movie roles to those making significant contributions.

Indian celebrities too have been active in donating various noble causes to help the country fight against the Covid-19 pandemic. From donating to PM Cares fund to stepping out to offering their properties as isolation wards, the intent and action have both been significant. There is a growing call on social media now for them to initiate an All In Challenge in India and make an even bigger difference to the lives of people. It is a well known fact that many Bollywood and sports personalities in the country boast of garages that are packed to the brim with super cars and bikes. Even if it is their choice about what, how and whether to donate these at all, it could be a viable option at a time of crisis such as this.