Petrol and diesel prices in India are dependent on a number of factors like the taxes, VAT, exchange rate as well as on the global crude oil rate.Difference between a litre of petrol and diesel in Delhi is now just ₹1.31.
By : HT Auto Desk
| Updated on: 19 Jun 2020, 10:01 AM 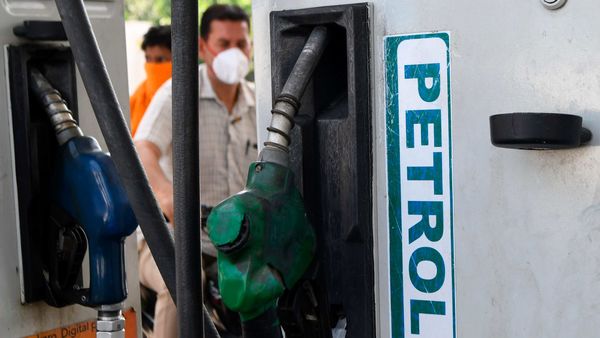 In the 13th consecutive hike in fuel prices in as many days, petrol and diesel rates in India went up once again today (Friday), breaching the ₹85 per litre mark in Mumbai and ₹80 per litre mark in Kolkata, for petrol. Fuel prices have been shooting up since June 7.

Since oil marketing companies resumed daily price revisions after an 83-day hiatus, prices have shot by almost ₹7 per litre. On Thursday, a litre of petrol and diesel in Mumbai cost ₹85.21 and ₹75.53. In Kolkata, the rates stood at ₹80.13 and ₹72.53. Chennai had per litre of petrol retailing at ₹81.82 while a litre of diesel cost ₹74.77. Delhi remained the most expensive cities - of the four metropolitan - to buy diesel with each litre costing ₹77.06 - a new record high. Here, the difference in price with petrol has been closing steadily with petrol rate now at ₹78.37.

(Also read - Fuel on fire: Will petrol and diesel prices hit a century?)

Price of the two fuels in India is dependent on a number of factors like the taxes, VAT, exchange rate as well as on the global crude oil rate. What could come as some more bad news, therefore, is that global oil prices pushed higher in early trade on Friday and likely supply checks by members of Organization of Petroleum Exporting Countries and its allies, a grouping called OPEC+, could further boost international prices. At around $40 per barrel, the rates are still half of $80 per barrel mark hit on October 16 of 2018 when diesel prices in India had hit ₹75.69.

India is one of the world's largest importers of crude oil.

Taxes on petrol and diesel are key revenue generation sources for governments and a cut back is not in the offing because while oil marketing companies are looking at cutting back on losses, governments are attempting to emerge from fall in revenue generation because of the national lockdown. Sources had revealed earlier this month that the daily revisions could ensure prices maintain northward trajectory till at least end of June.