Registrations have dropped across Europe’s largest auto markets. Overall deliveries in the UK came down, however, sales of plug-in hybrid and electric vehicles grew with their market share almost doubling from a year ago.
By : Bloomberg
| Updated on: 07 Aug 2021, 14:30 PM 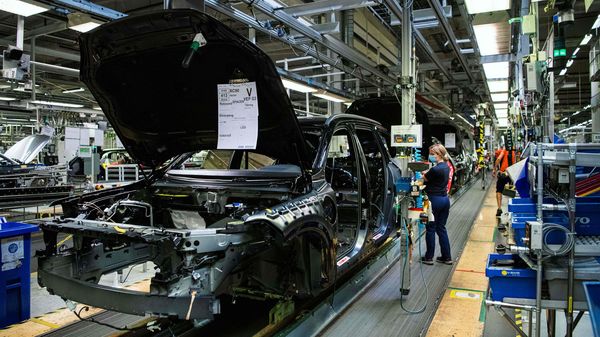 Just 123,296 new cars were registered in July, down 29% from a year ago, the Society of Motor Manufacturers and Traders said Thursday. The group trimmed its forecast for the year by more than 2% to 1.82 million.

Automakers were already struggling to keep assembly lines running because of the global semiconductor shortage when a wave of workers were “pinged" by the National Health Service’s Covid-19 app and told to isolate. The SMMT last month urged Prime Minister Boris Johnson to exempt the industry’s employees from quarantine rules.

“The automotive sector continues to battle against shortages of semiconductors and staff, which is throttling our ability to translate a strengthening economic outlook into a full recovery," Mike Hawes, chief executive officer of SMMT, said in a statement. While the group expects changes in self-isolation rules to ease staffing constraints, “the semiconductor shortage is likely to remain an issue until at least the rest of the year."

Last month’s deliveries total was the worst July reading in 23 years. Registrations slumped across Europe’s largest auto markets, dropping 29% in Spain, 25% in Germany, 19% in Italy and 15% in France.

The SMMT began the year expecting carmakers to sell more than 2 million cars in 2021. Automakers including Jaguar Land Rover and BMW AG have warned they expect the chip shortage to have a bigger impact on their production and deliveries in the second half of the year.

While overall deliveries in the UK slipped, sales of plug-in hybrid and electric vehicles continued to grow, with their market share almost doubling from a year ago to 17% of registrations, according to the SMMT. Britain became the second-biggest market for EVs in Europe during the first quarter, behind only Germany.