UK carmakers call for ‘world-beating’ Brexit deal to save jobs

Carmakers’ key requirements include a frictionless border, tariff-free trade and regulatory alignment, the Society of Motor Manufacturers and Traders lobby group said in a statement Tuesday.
By : Bloomberg
| Updated on: 27 Nov 2019, 10:43 AM 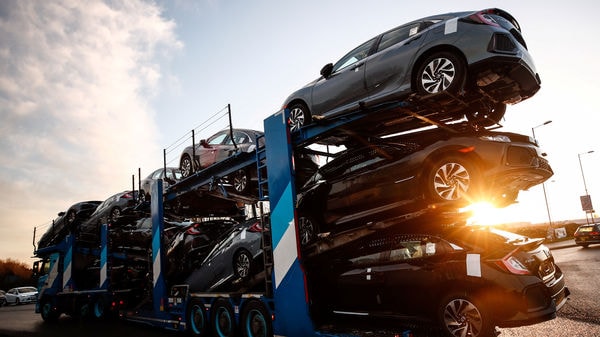 British automakers warned that the next U.K. government needs to deliver a “world-beating Brexit trade deal" to bolster their competitiveness and safeguard jobs following a split from the European Union.

Carmakers’ key requirements include a frictionless border, tariff-free trade and regulatory alignment, the Society of Motor Manufacturers and Traders lobby group said in a statement Tuesday.

The SMMT listed its priorities for a new government ahead of a general election on Dec. 12. A victory for Prime Minister Boris Johnson may lead Britain to quit the EU on Jan. 31, triggering detailed trade talks. A close trading relationship will be key to unlocking investment in vital zero-carbon technology, it said.

“The automotive sector is going through a period of unprecedented change and we must not let the pressure of Brexit deflect from our focus on a coherent national industrial strategy," SMMT President George Gillespie said. “Collaboration between industry and government must be stronger than ever."

Tariffs on imported parts and exported vehicles under World Trade Organisation rules would inflate manufacturing costs by 3.2 billion pounds ($4.1 billion), the SMMT said, forcing prices to rise and global demand to shrink. Auto output could halve to 1 million units by 2024, it warned.

Carmakers have spent more than 500 million pounds preparing for Brexit, with Nissan Motor Co. last month issuing the starkest warning yet against a no-deal scenario, saying tariffs on exports to the EU would most likely to render its U.K. operations unviable.

While Johnson is fighting the election on the basis of the latest negotiated split, he’d have just 11 months to secure a subsequent trade arrangement. Unless he wins a large majority, that means there’s still scope for rebel lawmakers from his own Conservative Party to try to force through a harder Brexit.