This move would create distance between the ride-hailing company and its drivers and would serve as an alternative to classifying them as employees.
By : Bloomberg
| Updated on: 19 Aug 2020, 08:06 PM 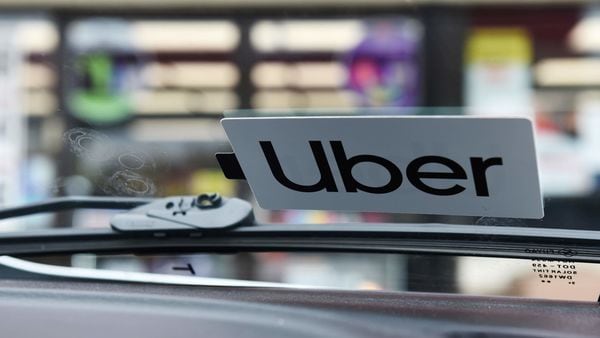 In another sign that a new law in California could force dramatic changes to ride-hailing in the state, Uber Technologies Inc. said it’s considering licensing the brand to independently operated franchises. The move would create distance between the ride-hailing company and its drivers and would serve as an alternative to classifying them as employees.

Uber said the model would look similar to its black-car operations in the early days. “Drivers would likely earn a predetermined hourly wage for their time on-app, but in exchange, fleets would likely monitor and enforce drivers’ activity and efficiency, for instance by putting drivers into shifts, dictating where and when they drive, and enforcing trip acceptance criteria," Matt Wing, a spokesman for Uber, wrote in an email. “We are not sure whether a fleet model would ultimately be viable in California."

The internal discussions were reported earlier Tuesday by the New York Times. The newspaper also said Lyft was exploring a similar model. A spokeswoman for Lyft said the company has looked at “alternative models" but declined to comment on the deliberations.

Each company has been exploring a range of options in California as they grapple with a state law that went into effect this year requiring businesses to offer employee benefits to workers who carry out operations core to the business. Doing so would require ride-hailing companies to guarantee minimum hourly wages and provide various other benefits. Uber and Lyft have said such changes would put significant strain on their business models and that the law cuts against the wishes of many drivers.

The companies have already made other adjustments to try to lessen the impact of the California law, known as Assembly Bill 5. Earlier this year, Uber began offering drivers more flexibility to reject rides and set their own rates, hoping to bolster their arguments that drivers were entrepreneurs using the platform rather than workers for the company itself.

The moves haven’t been enough to mollify state officials, who sued Uber and Lyft in May. This month a judge issued an injunction, saying that the companies would have to begin classifying drivers as employees within weeks. Uber and Lyft have appealed, and both have said they could leave California if they don’t prevail in court. They’re also backing a ballot measure to overturn the law.

Moving to a franchise model wouldn’t necessarily solve the problems. There aren’t enough existing fleets to absorb the demand in the entire state. This could mean Uber and Lyft would stop operating in all but the biggest markets and that prices would rise significantly.