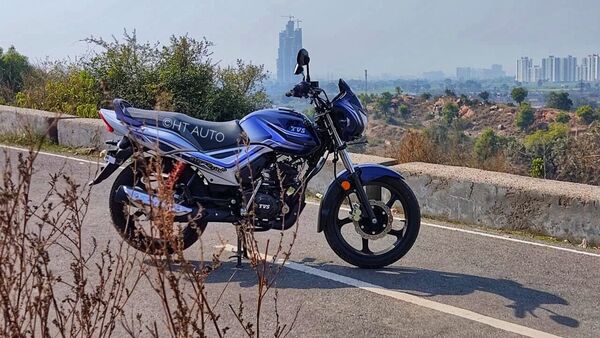 Two-wheeler major TVS Motor Company registered a five per cent drop in overall sales in February at 2,81,714 units. The company had sold 297,747 units in the month of February last year. Total two-wheeler sales stood at 267,625 units last month as compared to 284,581 units in corresponding month a year ago.

The company's domestic two-wheeler sales stood at 173,198 units in February of 2022 as against sales of 195,145 units in the year-ago period. The company attributed the fall in sales to the shortage in supply of semiconductors, saying that the chip crisis has significantly impacted the production of premium two-wheelers. “We are cautiously optimistic that the supply of semiconductors will improve in the coming months," it said in a statement.

In fact, the company recently announced that it clocked one million units of two-wheeler exports in FY21-22, achieving the export milestone in a financial year for the first time. Key export models included the TVS Apache series, TVS HLX series, TVS Raider and TVS Neo series.

The company attributed the export milestone to a significant rise in global motorcycle sales. The two-wheeler company has a presence in 80 countries around the world including in the regions of Africa, Southeast Asia, Indian sub-continent, and Central and Latin America. It is also looking to enter markets in Europe and North America as it envisions becoming a global player in personal mobility solutions.

In a separate development, TVS Motor, earlier this month, registered the Fiero 125 nameplate in the country. The new trademark has been given validity up to November 2, 2030.