TSMC relies on equipment from US suppliers including Applied Materials Inc. and Lam Research Corp. for production.
By :
| Updated on: 17 Apr 2021, 02:37 PM 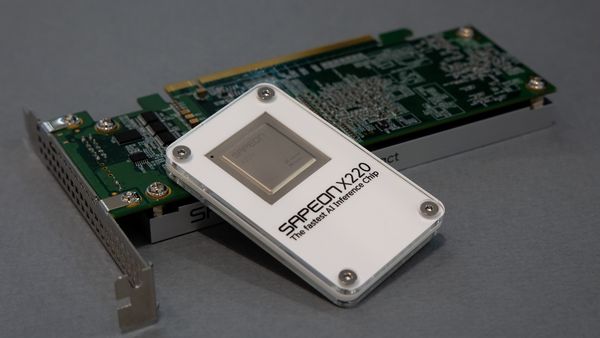 The company said trade tensions could also prevent it from securing raw materials required for production, repeating a point it mentioned in the previous annual report.

Taiwan Semiconductor Manufacturing Co., the world’s largest contract chipmaker, warned for the first time that trade tensions may disrupt its access to key production equipment and hit its operations, amid increasing friction between the US and China.

The company, which produces semiconductors for Apple Inc. and other major global tech companies, said in its annual report released on Friday that “ongoing trade tensions or protectionist measures could result in increased prices for, or even unavailability of, key equipment." It pointed to factors such as delays or denials of export licenses, additional export control measures, and other tariff or non-tariff barriers.

TSMC relies on equipment from US suppliers including Applied Materials Inc. and Lam Research Corp. for production. The company said trade tensions could also prevent it from securing raw materials required for production, repeating a point it mentioned in the previous annual report.

Semiconductors have become a key area of increasing US-China competition with chips used in a wide range of products from missiles and cars to smartphones. China is eager to foster a domestic semiconductor industry to cut its reliance on foreign technology as the US tightens control on chip-related exports to the Asian country, including key equipment sales to Chinese chipmaker Semiconductor Manufacturing International Corp.

Earlier this week, two US Republican lawmakers -- Texas Congressman Michael McCaul and Arkansas Senator Tom Cotton -- urged the State and Commerce departments to find a better way to “mitigate the risk of Taiwanese companies providing services and technologies to entities of concern," adding that TSMC shouldn’t be making advanced chips for China’s military.

The South China Morning Post reported this week that TSMC suspended new orders from Tianjin Phytium Information Technology Co., one of the companies blacklisted by the US, over concerns it’s involved either with building supercomputers used by China’s military actors, its military modernization efforts or weapons of mass destruction.

The Taiwanese chipmaker warned new measures adopted by China to counter US sanctions could affect its operations. In January, China adopted a blocking statute that “entitled Chinese entities incurring damages from a multinational’s compliance with foreign laws to seek civil remedies," it said.

“Measures adopted by an affected country to counteract the impacts of another country’s actions or regulations could lead to significant legal liability to multinational corporations including our own," TSMC said in the report.