The coronavirus pandemic has dented profits as carmakers around the world shutter showrooms and factories, although they have started to reopen gradually.However, Toyota has said it won’t change its plan to produce 3 million cars annually in Japan.
By : Bloomberg
| Updated on: 11 Jun 2020, 02:27 PM 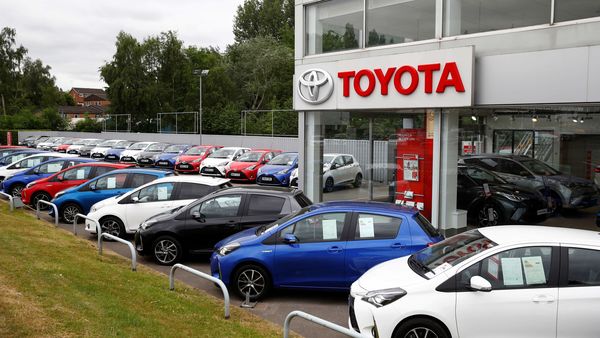 File photo: Cars are seen outside the Toyota car showroom in Stockport, following the outbreak of the coronavirus disease.

As part of efforts to assist cash-strapped customers, Toyota is relaxing auto-loan payment deadlines and offering used rental cars instead of new ones, Japan sales chief Yasuhiko Sato said at the meeting.

The pandemic has dented profits as carmakers around the world shutter showrooms and factories, although they have started to reopen gradually. Toyota and other automakers have sought loans and credit lines from banks, saying that they will keep investing in development. Although Japan has lifted its state of emergency, the outbreak has damaged the business of many smaller auto-industry players, with one Toyota supplier filing for bankruptcy last week.

“If we don’t win, we wouldn’t be able to support this industry and country," Toyoda said. “We are different today from what we were during the financial crisis." 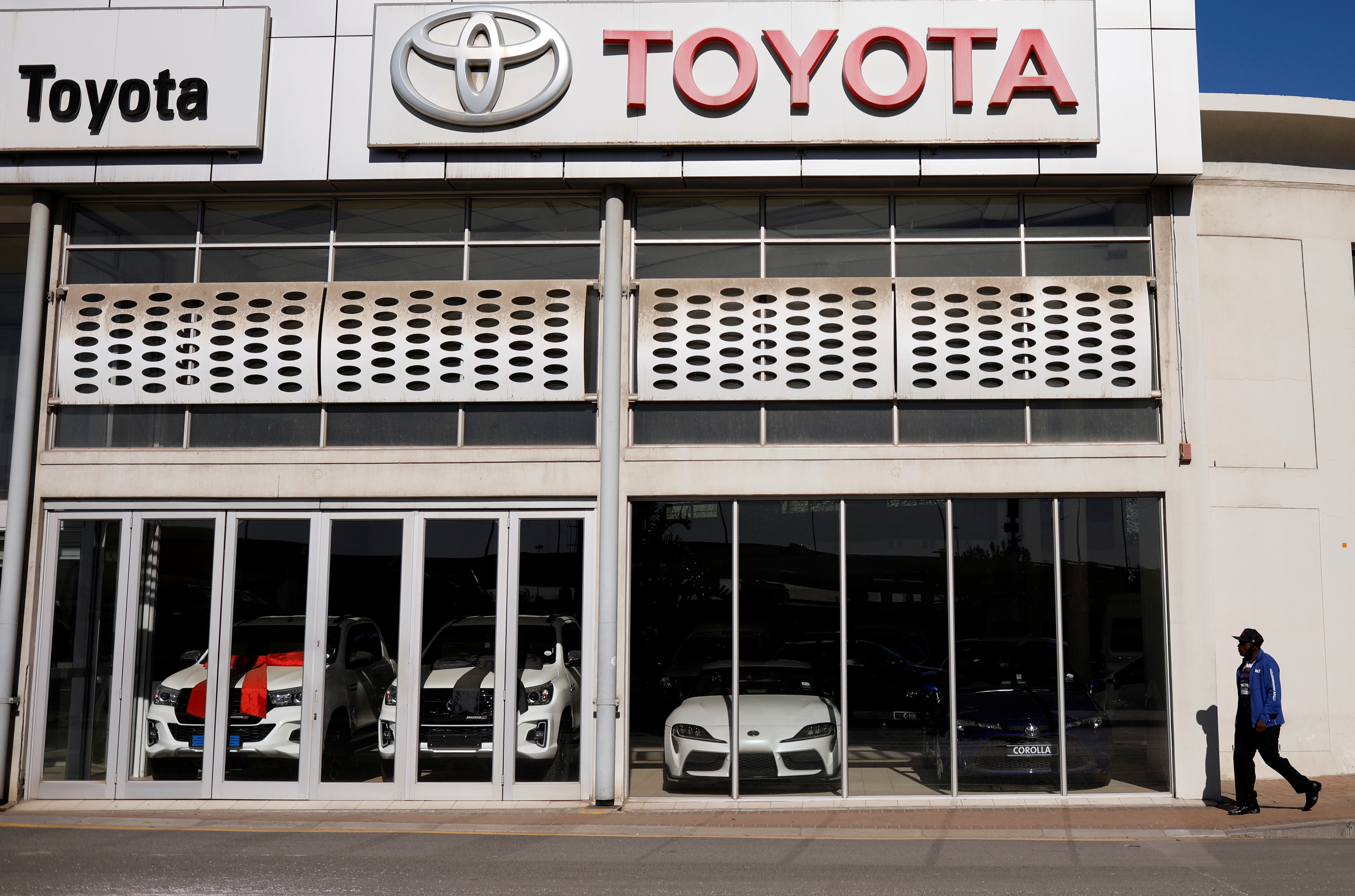 Toyota has warned profit will tumble 80% to a nine-year low and targeted operating profit of 500 billion yen ($4.65 billion) for the year through March. (File photo of Toyota car dealership in Cape Town, South Africa). (REUTERS)

Japan’s biggest automaker won’t change its plan to produce 3 million cars annually in the country, according to Mitsuru Kawai, Toyota’s chief human resources officer. The company has halted some domestic factories from April through June.

Toyota has warned profit will tumble 80% to a nine-year low and targeted operating profit of 500 billion yen ($4.65 billion) for the year through March. The target is not a plan, but rather a minimum standard that it’ll have to meet, said Toyoda.

At the meeting held at Toyota’s headquarters in Nagoya, the company took precautionary measures to contain the virus’s spread. Staff checked temperatures of attendees, set up transparent partitions in front of speakers, and reduced the number of seats to about a third.

Some 360 shareholders joined the meeting, far less than the previous meeting where more than 5,500 people attended, after the automaker asked shareholders not to come. The gathering ended after an hour and twenty minutes, the shortest annual shareholder meeting since 2000.