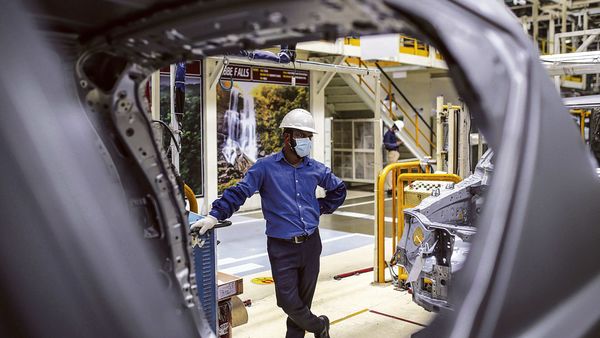 A file photo of Toyota’s plant in Bidadi, Karnataka.

Toyota Kirloskar Motor (TKM) on Thursday said it has resumed production at its two plants at Bidadi in Karnataka even as a group of workers is continuing with its sit-in strike.

"The company would like to confirm the resumption of production involving supervisory and other staff and workmen who have signed the undertaking despite the continuation of the illegal strike by a group of workers," the automaker said in a statement.

The firm had declared a lock-out at both its plants in Bidadi on November 10 following a sit-in strike called by the TKM Workers Union and its members.

The two facilities in Bidadi have an installed production capacity of 3.10 lakh units per annum.

The strike was called to protest the suspension pending enquiry (SPE) of one of the employees who has had a systematic record of misconduct and was again involved in breach of discipline and unacceptable behaviour within the factory premises, the company said.

Later, as a result of the directions by the Karnataka government, the management at TKM had withdrawn the lock-out effective November 19.

However, even after the withdrawal of the lock-out, only a few team members reported to work and the majority of the team members continued their illegal strike, TKM noted.

For the plant operations to run smoothly and effectively, a minimum workforce of 90 per cent in each shift is required, it said.

Striking workers were also involved in making derogatory and provocative speeches, defaming the company and its officials and threatening the officials, leading to a lack of congenial and safe atmosphere at the plant, it said.

As a result, TKM management was left with no choice but to once again re-institute a lock-out starting November 23, it added.