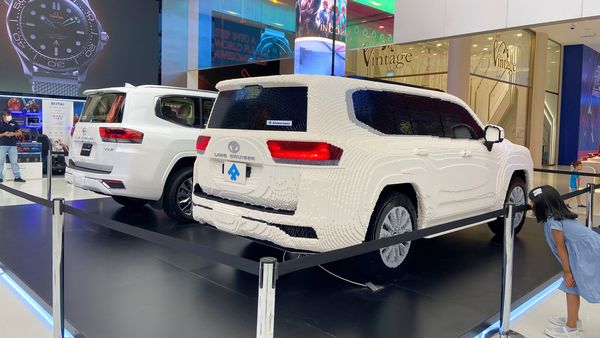 Toyota Motor Corp, the world's No. 1 carmaker, has found going especially tough in recent times owing to the global shortage in semiconductor chip which has also affected almost every other vehicle manufacturer. In the month of October, Toyota produced 627,452 vehicles, down 26% from 845,107 units in October of 2020.

Production output has been a massive source of concern for Toyota owing to the shortage in crucial components. While demand in most markets has recovered, supply-chain disruptions are continuing to be a challenge. As such, Toyota also saw global sales fall 20% last month, to 677,564 units. Overall, the shortage in semiconductor is estimated to cost the global auto industry as much as $210 billion in lost sales.

Obviously then, Toyota is hardly alone in wading through muddy waters at present with supply issues affecting almost every major auto company. And the path ahead isn't likely to be any better as there is no clarity on when the supply of semiconductor would return to any form of normalcy. Some have even predicted it may take all of 2022 before things begin to look up.

Add the potential risk from the new Covid-19 variant and concerns in the global automotive business are once again back up. Earlier this year, Toyota had had to cut production at several of its facilities - 15 in Japan, apart from a few in the United States, China and in Europe. At the time, the blame had been put on Covid-19 outbreak in South-East Asia impacting suppliers. (Full report here)

For now, however, Toyota is putting on a brave face and is looking at upping production in November. The target? Around 850,000 units in the month. But will demand keep up even if production is indeed upped? Time and how the world deals with the new Covid-19 variant will tell.