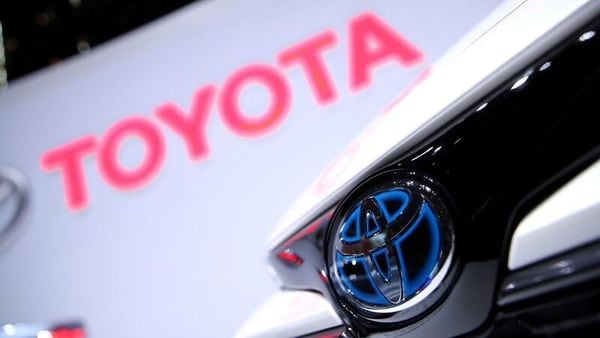 Toyota Motor has been hit hard by the worsening chip shortage as the world’s largest carmaker suspended output for several days at almost all its plants in Japan next month.

Toyota Motor, world's largest carmaker, has been forced to cut down its production target next month by almost half due to the ongoing global chip shortage crisis. The Japanese carmaker has now decided to revise its production targets for September as the crisis has hit its supply chain.

According to Nikkei, Toyota Motor will cut down vehicle production by 40 per cent next month. Toyota had earlier announced plans to build less than 900,000 vehicles in September due to the crisis. However, as the crisis worsens, Toyota has further revised its target by around just 360,000 units for next month. This triggered a drop in Toyota's shares today by more than four per cent, its biggest in a day since December 2018.

The crisis has reached a stage where Toyota Motor has been forced to suspend operations at several factories. These include as many as 15 Toyota facilities in Japan, besides some overseas plants in North America, China and Europe.

The Toyota models which will bear the brunt of this decision will be the RAV4, Corolla, Prius, Camry and Lexus RX. Most of these cars are only sold in Toyota's domestic and overseas markets. However, as of now, Toyota has not clarified yet if its production in India will be impacted as well any time soon.

Toyota’s Purchasing Group Chief Officer Kazunari Kumakura was quoted by Bloomberg saying, “Especially in Southeast Asia, the spread of Covid and lockdowns are impacting our local suppliers. Going forward, the company will look at ways of further diversifying its supply chains to not focus on one region and is attempting to find replacement parts from suppliers in other regions."

With the Delta variant of the coronavirus now raising concerns in many countries, Toyota has been forced relook at production plans in Southeast Asia, where the supply chain is also hit. Toyota has already suspended production at its three factories in Thailand last month due to a pandemic-related parts shortage.