Toyota Kirloskar Motor had shut down its Karnataka plant even before the state government had announced a lockdown to check spread of Covid-19.Toyota believes consumer sentiment is stronger now than it was back in May of 2020.
By : HT Auto Desk
| Updated on: 01 Jun 2021, 12:24 PM 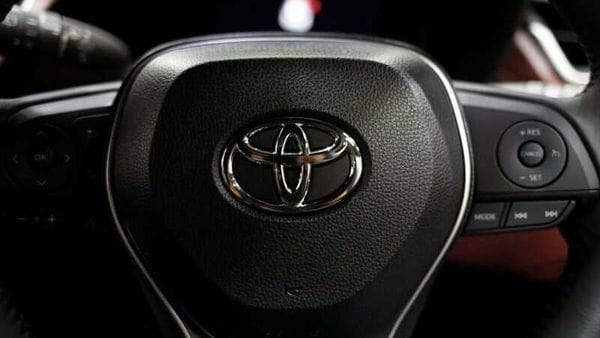 Toyota Kirloskar Motor on Tuesday announced it had sold a total of 707 units in the month of May. Much like almost every other auto company in the country, Toyota would like to move past May figures in a rush as the month saw lockdown and restrictions in most states in the country because of the second wave of Covid-19.

Karnataka, where the main Toyota Kirloskar Motor facility is at, has been particularly hit by the Covid-19 pandemic. The company had announced it is suspending normal operations in Bidadi even before the state had enforced a lockdown. Instead, annual maintenance work for undertaken from end April and this had an impact on the number of operational days here.

As such, the wholesales figure for last month was significantly lower than the 9,622 units in April of this year. It was also lower than the 1,639 units sold in May of 2020 when a national lockdown was being gradually eased.

Naveen Soni, Senior Vice President at TKM, however believes that comparisons between May of 2020 and 2021 won't be fair. "Last month witnessed no production at our plants in Bidadi as well as minimal sales owing to the much needed restrictions & sporadic lockdowns in different parts of the country," he explained. "Hence comparing last month’s performance to that of May 2020 would be highly skewed, as May 2020 had witnessed a gradual restart of both operations and sales."

It may not be all gloom because Toyota believes consumer sentiments are better now than these were in May of last year. The cumulative wholesales of Toyota Kirloskar Motor in the first five months of 2021 stands at 50,531 units as against 24,820 units in the same time period of 2020.

Moving forward, Soni says Toyota Kirloskar Motor is raring to return to normalcy in production as soon as the lockdown is withdrawn. "More than anything else, we want our workforces to be safe and hence we are channelizing our synergies to drive vaccination camps for our employees at the plant as well as for our dealer staff at various dealership locations across the country," he said.

The trajectory of Covid-19 cases in Karnataka has been falling and there were 16,604 fresh cases reported on Monday, the lowest for any single day since April 15.