Toyota expects 2021 to be better in terms of auto sales

Toyota Kirloskar has witnessed a 6 per cent increase in wholesales in the October-December quarter.The economic revival is likely to help sustain the sales momentum in 2021 with an expectation of a V-shaped recovery of the economy.
By :
| Updated on: 10 Jan 2021, 12:15 PM 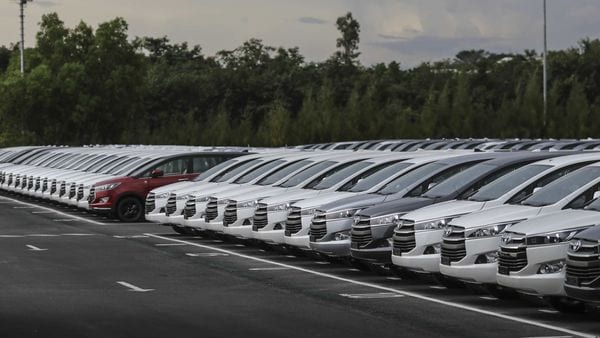 Toyota Kirloskar Motor expects its sales to be better in the current year against 2020 on the back of various factors like new product launches and expectations of economic revival, a senior company official has said.

The company, a joint venture between Japanese auto major Toyota and Kirloskar Group, has witnessed a 6 per cent increase in wholesales in the October-December quarter.

The company also reported a 14 per cent rise in December wholesales at 7,487 units compared to 6,544 units in the same month last year.

"We would like to believe that demand would carry forward in January as well. We have already introduced three new products and this gives us confidence that 2021 is going to be a better year in terms of sales than 2020," TKM Senior Vice President (Sales and Service) Naveen Soni told PTI.

The economic revival is likely to help sustain the sales momentum in 2021 with an expectation of a V-shaped recovery of the economy, helping the industry to bounce back, he added.

The company ended 2020 with a very lean inventory and that augurs well for the future, Soni said.

Soni said the production at the company's Karnataka based manufacturing facility, which faced issues due to a worker strike last year, is more or less stabilised now.

The company, which is already strong in the multi-purpose vehicle (MPV) and premium SUV segment with the likes of Innova Crysta and Fortuner, expects its global partnership with Suzuki to help it strengthen presence in the lower end of the spectrum. The company's Urban Cruiser and Glanza are based on Maruti Suzuki's Vitara Brezza and Baleno.

In March 2018, Toyota Motor Corp and Suzuki Motor Corp had concluded a basic agreement for supplying hybrid and other vehicles to each other in the Indian market. A year later the two partners have agreed to extend their collaboration to Europe and Africa.

"By default, we have been in the MPV-SUV segment for most of our journey in the country. We have already launched new Innova Crysta and Fortuner. These products are helping us gain market share at the top end of the market. At the lower end, with our alliance partner products we are getting very good traction in terms of sales," Soni said.

When asked about new products which could be launched with support from the alliance partner, Soni noted: "We continue to scan the market in terms of segments, which are good for both the partners".

The alliance is to enhance the competitiveness of both the partners, he noted.

"The sharing of products is one thing. Sharing of technology, sharing of platforms, there are many other things which will come in the future. It has worked well and it will grow into a good partnership," Soni said.