Toyota says it will provide fuel-cell technology and its truck unit will supply the chassis based on its new XL Series.
By :
| Updated on: 06 Oct 2020, 07:55 AM 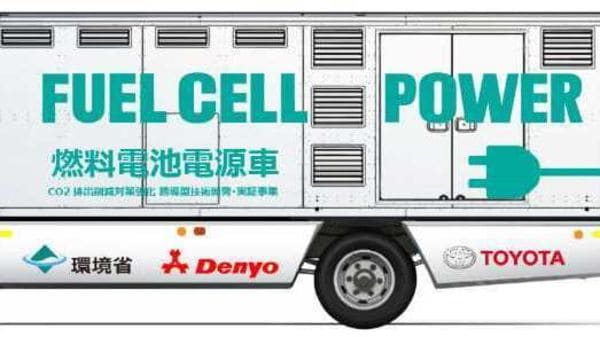 Toyota has around 20 years of experience of fuel-cell technology. (Photo used for representational purpose)

Toyota said Monday it will provide fuel-cell technology and its truck unit will supply the chassis based on its new XL Series. The Japanese automaker did not provide a timeline for beginning sales of the Class 8 truck but said it would debut a prototype in the first half of 2021. This expands on a March agreement to develop a 25-ton fuel-cell semi for the Japanese market.

The automaker has been involved in a pilot project to test fuel-cell trucks at the Port of Los Angeles since 2017. Toyota also has been one of the few to invest in hydrogen-powered cars despite uncertain demand and infrastructure hurdles. Fuel cells convert hydrogen gas and oxygen into electricity, which powers an electric motor with zero harmful emissions.

Fuel-cell technology for big rigs has become a focus for several automakers as restrictions on pollution from these vehicles becomes stricter in Europe and other parts of the world. California air regulators in August said new rules on heavy trucks will cut the state’s nitrogen-oxide emissions 75% below current standards by 2024 and 90% by 2027.

Tesla Inc. plans to start production of a battery-electric semi truck next year. Hydrogen-fuel cells are viewed by some in the industry as better than battery packs for powering heavy trucks due to their higher energy density, lighter weight and capacity for quick refueling. But skeptics point to a lack of fuel stations and few readily available supplies of hydrogen.

BloombergNEF sees global sales of medium and heavy-duty commercial fuel-cell vehicles hitting 10,000 units annually in 2030 based on a policy scenario that assumes no change in government support for the technology. In a scenario where governments around the world set zero-tailpipe-emission targets for road transport by 2050 and choose to make hydrogen a significant part of that, BloombergNEF sees FCEVs accounting for as much as 75% of global heavy-duty commercial-vehicle fleets.