Toll collection through FASTag in Dec increases by over ₹200 cr to ₹2,304 cr

FASTag is mandatory on vehicles from January 1 but hybrid lanes at toll plazas will remain open till February 15.FASTag is a significant way of ensuring quick and hassle-free payments, saving time, fuel and even money.
By : PTI
| Updated on: 06 Jan 2021, 11:23 AM 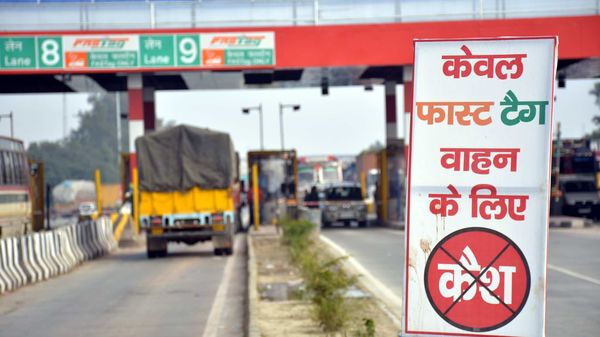 Toll collection in December 2020 through FASTags reached ₹2,303.79 crore in December 2020, recording an increase of ₹201 crore over the preceding month, the NHAI said on Tuesday.

The increased revenue comes after the government announced mandatory rollout of FASTag from January 1, 2021, though it has allowed hybrid lanes on National Highways till February 15 to avoid inconvenience to people.

"Toll collection through FASTag in December increased significantly by over ₹201 crore to ₹2,303.79 crore, as against Rs. 2,102 crores in November 2020," the National Highways Authority of India (NHAI) said in a statement.

The monthly transactions through FASTag increased significantly by 1.35 crore in December.

It said the dedicated efforts of NHAI, receptive approach of highways users and other stakeholders has led to stupendous increase in adoption of digital mode of transaction at toll plazas.

In order to achieve 100 per cent e-tolling, all toll payments shall be made through FASTag from February 15, 2021.