Home Auto News This Tech Lets Trucks In China Monitor If Drivers Slack Off, Speed Or Use Phone

This tech lets trucks in China monitor if drivers slack off, speed or use phone 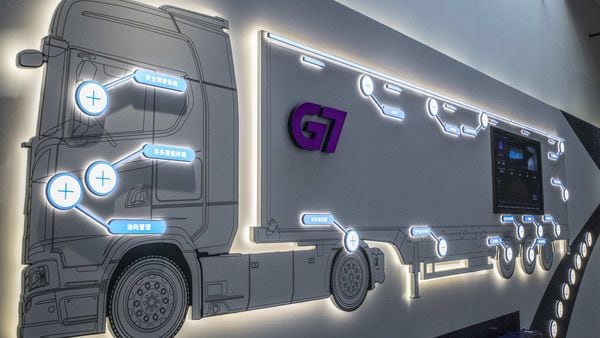 Trucks in China connected to G7’s fleet-management network do more than just haul goods across the vast nation.

Using Internet of Things technology, they can employ anti-fatigue cameras to call out bad driving, built-in advanced driver-assistance systems to send warnings about insufficient space between vehicles on highways, and real-time cargo weighing to prevent stealing.

Beijing-based G7 aims to monitor all steps along a product’s logistics journey, from warehouse to delivery, remotely. Covid-19, which has seen a jump in online shopping as people stay home and avoid crowds, has presented an added opportunity, with customers including FedEx Corp., Amazon.com Inc., China Post and Walmart Inc. more focused than ever on security and tracing, according to G7 founder Zhai Xuehun.

It’s ultimately aimed at making logistics more efficient. Reducing the cost of transporting goods means higher margins for not only trucking companies but also manufacturers. Consumers benefit too through lower costs and products that arrive on time and in better shape.

Logistics costs in China accounted for around 15% of economic expansion in 2019, versus single digits in Europe and the U.S., a discrepancy that underscores the imperative for China to lower the expense, according to Bloomberg Intelligence analyst James Teo. 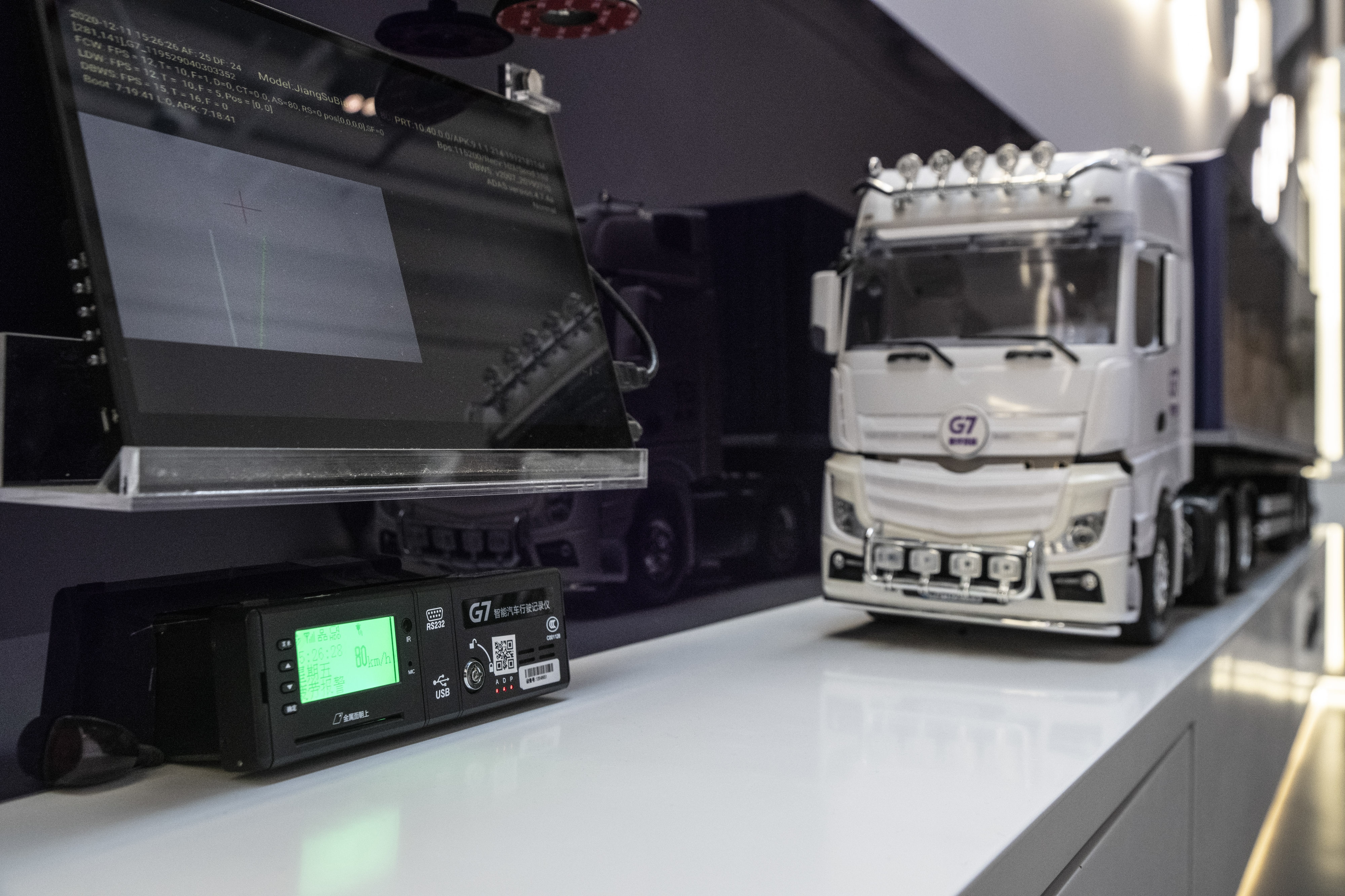 A unit for monitoring freight truck drivers and trailers at the G7 headquarters in Beijing, China. (Bloomberg)

“Logistics demand in China is growing rapidly, driven by the fast growth of e-commerce," Teo said. “The number of parcels that logistics companies have to handle is rising, so there’s a need to improve efficiency in order to lower unit costs."

G7, which was founded in 2010 and takes its name from the G7 Beijing–Urumqi Expressway, the world’s longest desert highway, collects a plethora of other fleet information too, ranging from how many times drivers use their cellphones while on the road to how many times they stop to refill gas and what electronic payment methods they rely on.

Its technology can also provide real-time updates on a truck’s payload and temperature, helping to ensure goods that need to remain cold, for example, are delivered in optimum condition. Artificial intelligence is also used to help lower the rate of accidents by determining whether drivers are losing focus based on the frequency of their blinks. If the driver’s behavior fails to response to a buzz alert, service hotline staff will place a call urging them to take a rest.

“There’s never been so much emphasis put on China’s circulation industry since the country was established," Ren Xingzhou, former head of the market-economy research unit under the Development Research Center of the State Council, said at a conference last month. “The efficiency of circulation and logistics directly impacts overall economic development." 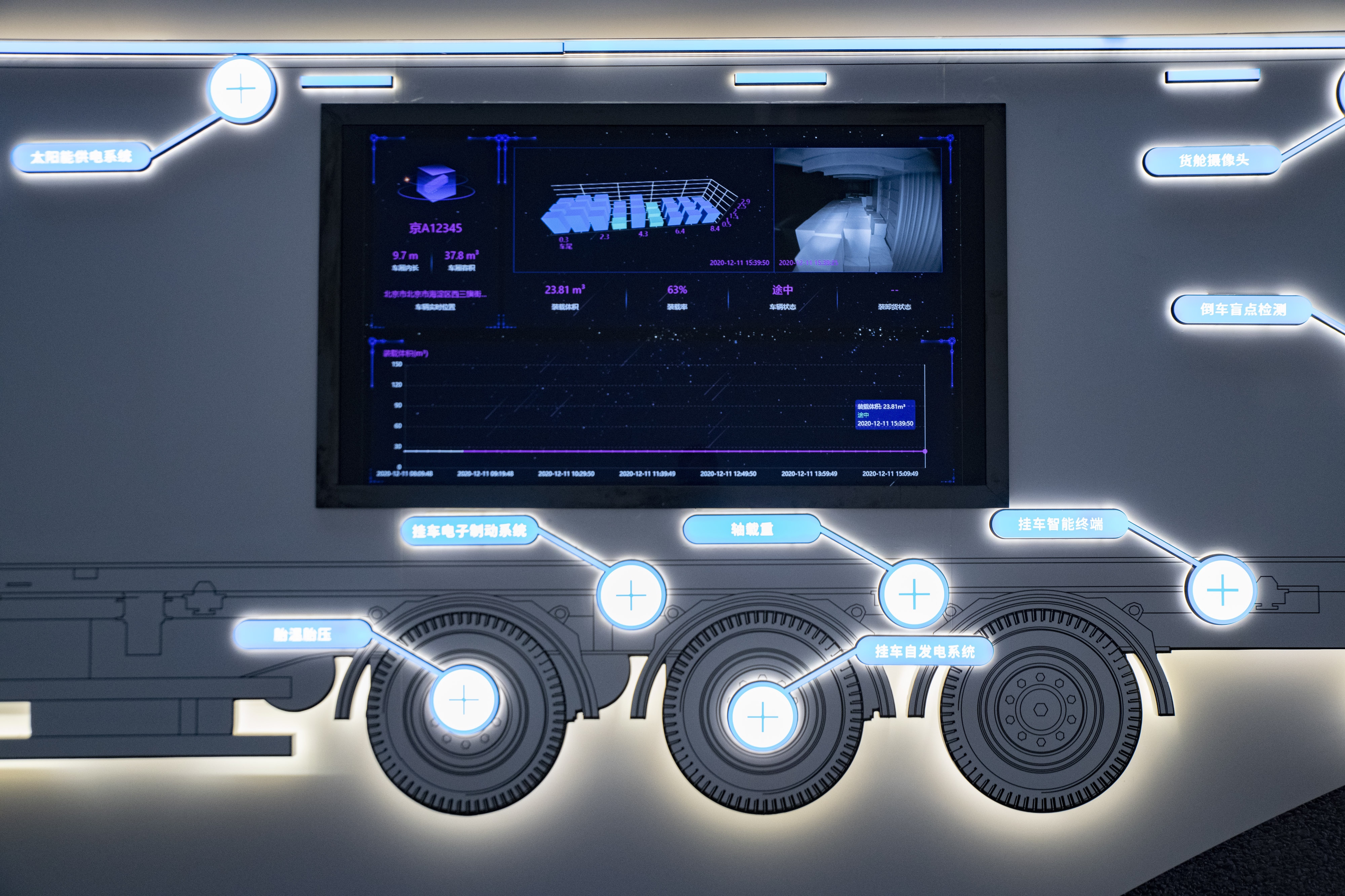 A display of the company's various artificial intelligence technology on a truck at the G7 headquarters in Beijing, China. (Bloomberg)

G7, which has already attracted backers including Temasek Holdings Pte and Tencent Holdings Ltd., is working on plans to start a new round of funding and may consider an initial public offering at some point, Chief Financial Officer Zhang Jielong said, declining to elaborate. The company’s last fundraising round was in 2018 when it raised money at $1.2 billion, Zhang said.

And demand from investors, particularly in China, to get in on the ground floor of the technologies that will power tomorrow is rising. SoftBank Group Corp.’s Vision Fund 2 is leading a $113.5 million investment round in a California-based startup called Flock Freight that seeks to change the way goods get trucked around the U.S., a person familiar said earlier this month.

“The next decade will bring an era of deepening digitalization," Zhai said from G7’s headquarters, where a wall-sized screen displays real-time data and images of the some 1.8 million vehicles connected to the company’s platform. “The digital and visual management of logistic fleets will be our historic contribution to the industry."