This EV company eyes Porsche as its competitor

Polestar CEO claimed that the company will compete with Porsche in the segment of the premium sports cars.Polestar has set to manufacture zero-emission vehicles by 2030.
By : HT Auto Desk
| Updated on: 16 Oct 2021, 09:38 AM 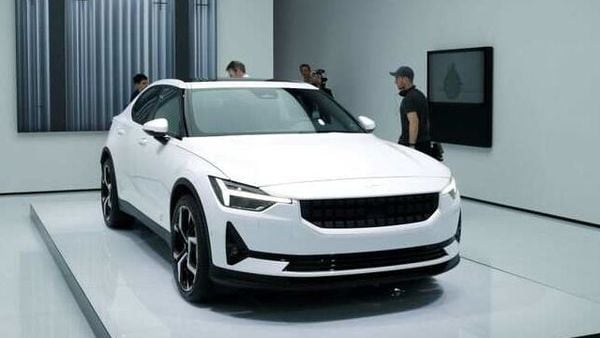 Electric vehicle manufacturer Polestar is treating Porsche as its main competition as the company focuses on its journey ahead. Polestar CEO Thomas Ingenlath made this claim in a recent interview with auto motor sport. The EV company that has developed only two electric vehicles so far, has planned to produce models that will take on Porsche.

This declaration was made by Ingenlath when he was asked where does he sees the brand in the next five years. With its aim to become a premium EV producer, it will also be competing with Tesla and BMW in the electric sedan and SUV categories while eyeing Porsche's electric sports car range. “Until then, our model range will include four to five products. We are competing with Porsche for the best electrically powered premium sports car," he was quoted saying as in the report.

With a target to make zero-emission vehicles by 2030, Polestar is putting significant efforts to make its business process more environment-friendly. Named as Project 0, Ingenlath shared that the company relies heavily on blockchain technology to know where the raw materials come from. He also stated  that the brand also works with suppliers to develop new materials and processes.

In an earlier report, the automaker had announced that it is going public as well. Controlled by Volvo Car AB and its owner Zhejiang Geely Holding Group Co., Polestar will go public with the help of a merger with blank-check company Gores Guggenheim Inc. The transaction will be worth $20 billion, reported Bloomberg previously. The company also received backing from popular Hollywood actor Leonardo DiCaprio as he is known for encouraging the idea of sustainability. However, it is not known the amount of stake the actor holds in the company.