Through the Mission Green Mobility initiative, Aurangabad aims to purchase 250 four-wheelers EVs by the end of March this year.
By : HT Auto Desk
| Updated on: 29 Jan 2022, 05:13 PM 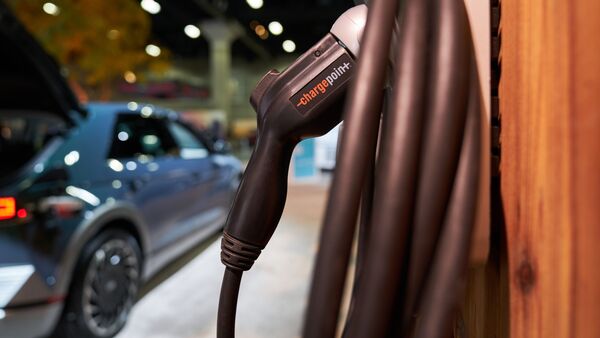 The Marathwada Auto Cluster has launched the Aurangabad Mission Green Mobility initiative with the help of which the city aims to purchase 250 four-wheelers EVs by the end of March this year. According to a PTI report, the documentation of around 150 electric vehicles has already been done, stated Marathwada Auto Cluster Chairman Munish Sharma.

With the plan to purchase 250 electric vehicles, the two-tier city is in the first phase of the initiative to push electric mobility among city residents. It also wants to buy 500 electric three-wheelers for different purposes such as for loading and passengers’ transportation, 1,000 electric two-wheelers and 50 electric buses. These will be brought in Aurangabad and parts of the Marathwada region, CMIA former chairman Ashish Garde said in the report. He added through this initiative, EVs will be made available for the test drive at seven locations in the city.

(Also read | With an eye on electric cars after scooters, Ola to launch Futurefoundry)

Sharma informed at the beginning people from different verticals will make the purchase of 250 EVs. “So far, we have finished the initial formalities of nearly 150 cars of their choice," he added. He further said for two-tier cities like Aurangabad, it may take little time to have EV charging infrastructure. “But if we undertake such impactful activity, the infrastructure can come up with pace due to the available electric vehicle number here," Sharma explained.

CII office-bearer Prasad Kokil through this move, concerned agencies have also been approached for prices, special service, insurance and interest rates, loan-related benefits. “This is a step undertaken through collective wisdom. This step is a promise to give clean water, air and soil to further generations," Kokil added.

A recent report informed about the inauguration of the country's largest electric vehicle (EV) charging station at the Delhi-Jaipur National Highway in Gurugram. The new charging station has a capacity of 100 charging points for four-wheelers.