This car company may take cue from Tesla, accept Bitcoin as payment for vehicles

Bitcoin is the world's largest virtual currency but its fluctuating valuations mean paying it for a new car may be more complicated than it would seem.
By : HT Auto Desk
| Updated on: 26 Mar 2021, 01:39 PM 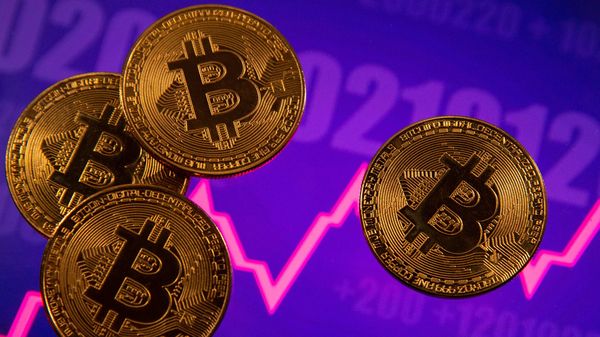 File photo - A representation of virtual currency Bitcoin is seen in front of a stock graph.

Tesla recently became the first major vehicle manufacturing company to announce that it would accept Bitcoin as payment for its electric vehicles. A massive move as it may have been, only a handful were surprised because Tesla CEO Elon Musk has been an open supporter of the world's largest cryptocurrency. What the announcement may also result in is rival car companies towing the line with reports suggesting General Motors also considering payments from buyers in Bitcoin.

GM CEO Mary Barra may have said recently that there is no plan of investing in Bitcoin. But she also chose to add that GM will 'monitor' and 'evaluate' the cryptocurrency. "If there’s strong customer demand for it in the future, there’s nothing that precludes us from doing that," she reportedly said.

GM possibly taking the cue from Tesla is one thing. The point of concern for many though is that there is still much ambiguity about how Tesla plans to accept payments in Bitcoin, especially because Musk has clarified his company won't convert this to real-world currency.

That Tesla had invested around $1.5 billion in Bitcoin earlier this year does signal why it has chosen to accept it as a mode of payment. But a Reuters report quoting sources now suggests that GM too could see if demand for payment in Bitcoin catches on.

Bitcoin uses peer-to-peer technology and was first created in 2009. Its value has increased exponentially in recent times. At the time of filing this report, one Bitcoin equaled ₹38.85 lakh or $53,651.

But can paying in Bitcoin invite tax-related complications? Yes, and here's why.

For now though, it is amply clear that Tesla continues to show the way to other, traditional car makers - not just in terms of its products but in how it does its business.