The octogenarian woman, a resident of Dahagaon village in Badlapur, said it is the confidence and not the age that matters in life.
By :
| Updated on: 28 Jan 2021, 09:07 AM 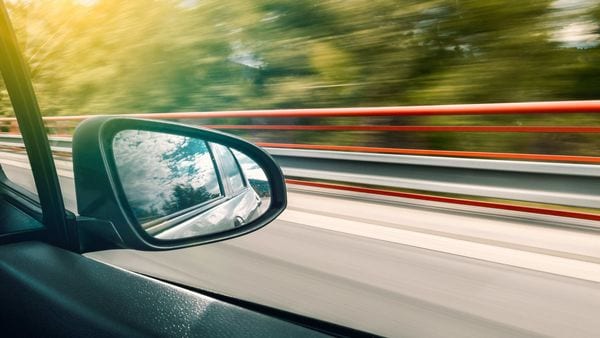 A woman from Thane district of Maharashtra, who is set to complete 90 years of age in a few months, has become talk of the town after a video of her driving a car has gone viral on social media, with netizens praising her.

The family members of the woman - Gangabai Mirkute - said they are trying to get a driving licence for her.

Talking to reporters, the octogenarian woman, a resident of Dahagaon village in Badlapur, said it is the confidence and not the age that matters in life.

"I wanted to learn driving and my grandson taught that to me a couple of years back. But even today, I can drive with confidence," she said sitting behind the steering wheel.

Her grandson Vikas Bhoir from Khardi village in the district said his maternal grandmother was born in 1931, and she would complete 90 years of age on June 1.

"Around three years back, she had come to our place in Khardi. She fell ill and I drove her to a local doctor. On the way, I casually asked her if she wants to drive the car and she replied 'Why not?'. I taught her driving and she started practising on open ground," he said.

"That was the beginning of her driving. Recently, when I bought a car, I went to seek her blessings. She immediately sat on the driver's seat and started driving. That was her way of blessing me. I took a video of her driving the car and uploaded it on social media. The netizens praised her for her skills," Bhoir said.

He said the family was now trying to get a learners' licence for her.

"Earlier, we had tried to obtain a licence for her, but the process could not be completed due to lack of certain documents. Now, we plan to gift her with a learners' licence on her birthday in June," he said, adding that the process for the licence was on at the Regional Transport Office (RTO).

"We are determined that we will get the licence for her although it is difficult to get it considering her age," Bhoir said.

Her son said they were initially worried whether she could drive, but her confidence removed their fear.

When contacted, a senior official from the Kalyan RTO said any person who is mentally and physically fit can get a driving licence and there is no upper age limit for it.