If the Tesla mileage claims in its advertisements are found to be an exaggeration, it would be a violation of the Act on Fair Labeling and Advertising.
By : HT Auto Desk
| Updated on: 15 Feb 2022, 08:11 AM 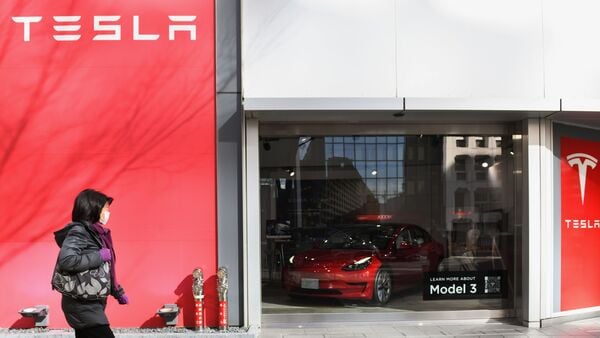 Tesla is now facing the heat in South Korea where the country's antitrust regulator have launched an investigation into reports that Tesla may have exaggerated range claims on its products in advertisements. Reuters, citing an official from Korea Fair Trade Commission (KFTC), reported that the Tesla may have been guilty of stretching the mileage claims on some of the electric vehicle models it offers here.

Local reports in the country have highlighted that KFTC has reached out to Tesla on the possibility that the American EV maker may have exaggerated mileage claims of its popular EV models like Model 3 in advertisements. "We plan to hold a meeting to decide the level of sanctions against the automaker," an official at the KFTC told Reuters.

If the Tesla mileage claims in its advertisements are found to be an exaggeration, it would be a violation of the Act on Fair Labeling and Advertising. The main issue is that while Tesla claims that its Model 3 can cover a distance of around 528 kms per charge, this figure stands to go down if temperatures fall below freezing.

In the world of electric mobility in general, the claimed per-charge range figure is arrived at during tests under controlled and standard conditions. Many manufacturers have now also started highlighting real-world estimated range because factors such as climate, terrain, driving behaviour, passenger load, inclines and declines, among others, have a big impact on the range of an electric vehicle.