Tesla didn’t respond to an inquiry about how many customers were affected by its network outage, what caused it or when it expected full service to resume.
By : Bloomberg
| Updated on: 24 Sep 2020, 09:54 AM 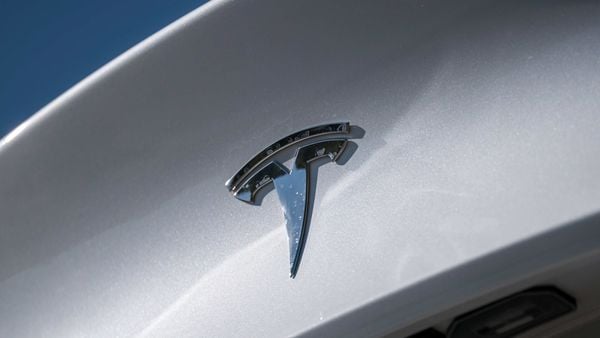 A badge is displayed on a Tesla vehicle. (File photo)

Tesla Inc. appeared to suffer a network outage that left owners of its electric cars unable to connect to their vehicles via the company’s mobile app.

People filed hundreds of complaints on the website DownDetector.com saying they can’t use their mobile apps or get through to Tesla’s customer-service lines. One owner said he accidentally locked his keys inside the car and couldn’t open it.

Robert Vogt, a Model S owner from Ann Arbor, Michigan, confirmed that his mobile app was down around 11:30 a.m. EDT.

“If you’re unable to unlock your car and drive, that’s a problem," he said.

Other users tried to bring the issue to the attention of Chief Executive Officer Elon Musk via Twitter.

Tesla shares already were sinking Wednesday morning after the company’s highly anticipated Battery Day presentation failed to wow Wall Street. Musk laid out a plan to build a $25,000 electric car in three years and cut battery costs in half, which battery experts hailed.

But the longer-term horizon for the strategy and lack of specific product updates disappointed investors. Some industry observers expressed doubt about Tesla’s ability to manufacture its own battery cells at scale.

Tesla didn’t respond to an inquiry about how many customers were affected by its network outage, what caused it or when it expected full service to resume. The outage was first reported by Electrek.