The Long Range Midnight Silver Metallic Tesla Model Y has been outfitted with lights, sirens and radio to aid the police in its activities.
By : HT Auto Desk
| Updated on: 28 Dec 2020, 11:20 AM 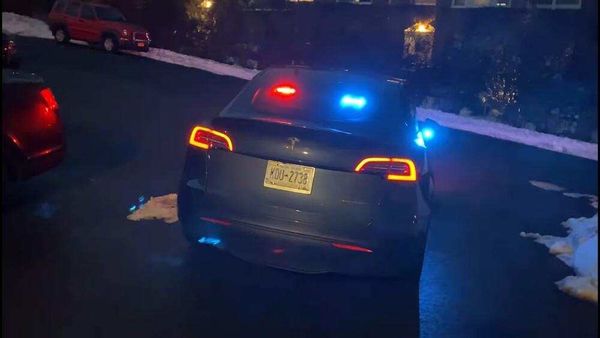 Tesla Model Y has made its world debuted as a police patrol car after being commissioned by the Hastings-on-Hudson Police Department, Westchester County, New York. This is the first ever Model Y to be equipped as a police vehicle in the world.

The Model Y will serve as the police car assigned to the Detective Division of police. It has been outfitted with lights, sirens and radio to aid the police in its activities. The Long Range Midnight Silver Metallic Model Y on 19″ Gemini wheels was added to the County's fleet of patrol cars as it looks to use alternative fuel and green technology.

The electric patrol car has been equipped with state-of-the-art Whelen CenCom Core Lighting technology, as per a Tesmanian blog. CenCom Core system features great configurability, speed, and expansion as well as enhances officer safety with advanced automation and remote connectivity.

The Hastings-on-Hudson Police Department's purchase of a Model Y could save $8,525 on fuel over five years, the blog stated. Various Tesla Model 3 and Model S cars have been successfully inducted as police cruisers in various US states. And now, it is the Model Y that is quickly catching on the trend.