Tesla closer to European foothold for battle with German rivals 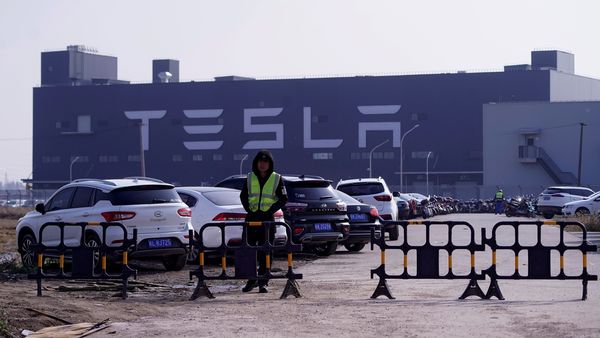 Elon Musk has moved a step closer to building his first car factory on the home turf of Volkswagen AG, Daimler AG and BMW AG as his company hammered out a contract to buy land in Germany.

Officials in the state of Brandenburg said they agreed the text of a contract with Tesla Inc. to sell a 300-hectare (741-acre) plot of land -- about 300 football fields -- in Gruenheide near Berlin. Tesla also filed five binders of documents with a local environmental authority to get the project approved, the state’s government said in a statement on its website Saturday.

Backed by Chancellor Angela Merkel’s government, Brandenburg and the neighboring states of Saxony and Saxony-Anhalt are racing to switch their reliance on lignite mining and power generation to become centers of the green automotive industry. Tesla announced its decision to locate a “gigafactory" east of Berlin last month. The facility may employ as many as 10,000 people and target annual production capacity of as many as 500,000 cars, Bild newspaper reported.

The contract still has to be approved by Tesla’s top management, the Brandenburg statement said.

Germany has pulled ahead of Norway in sales of all-electric cars through November, putting Europe’s biggest auto market in position to become the regional e-car leader on an annual basis for the first time. Germany’s carmakers are gearing up for a major electric car push, with several new models scheduled for release next year and in 2021.