The site, a car retailer based in the southeastern province of Fujian, had advertised Tesla Model 3 for 251,800 yuan, around 7% cheaper than the official post-subsidy price set by Tesla.
By : Bloomberg
| Updated on: 18 Aug 2020, 11:20 AM 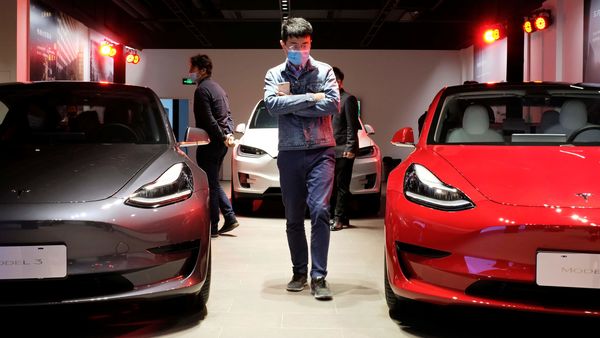 Once Tesla became aware of the campaign, it denied any form of cooperation with either Pinduoduo or YiAuto.

Tesla Inc. has found itself entangled in an escalating dispute with Chinese e-commerce giant Pinduoduo Inc., which ran a promotion for Model 3 sedans that the US carmaker says broke its policies.

At the center of the stoush, which surfaced last month, is Tesla’s direct-sales model. Unlike most carmakers that sell via franchised dealerships, Tesla has its own network of showrooms where customers can view a vehicle before placing an order online. Customers can also just go direct to the official online channel, which comes with a price-match guarantee.

In this instance, a customer in Wuhan saw an offer for a Tesla Model 3 on Pinduoduo via YiAuto. YiAuto, a car retailer based in the southeastern province of Fujian, had advertised the sedan for 251,800 yuan ($36,320), around 7% cheaper than the official post-subsidy price set by Tesla.

Once Tesla became aware of the campaign, it denied any form of cooperation with either Pinduoduo or YiAuto. YiAuto went ahead with its promotion regardless, and the man in Wuhan paid for the car. His order was ultimately placed direct on Tesla’s website, using his personal details.

Tesla, helmed by Elon Musk, now the world’s fourth-richest person, has labeled the transaction a resale, meaning the Wuhan customer won’t be entitled to the usual rights enjoyed by clients who purchase a Tesla from official channels. In addition, Tesla said on Tuesday it would support the customer if he wants to “safeguard his legitimate rights" from the promotion organiser.

Pinduoduo said it was “disappointed that Tesla has made it difficult for some of fans to get their dream car." “We appreciate the trust that our users put in our platform and will do everything we can do protect their rights," it said.

Tesla is willing to “compensate for the customer’s loss of time and effort spent on this," a Beijing-based representative said, adding the man was more than welcome to re-place his order via official channels should he wish.