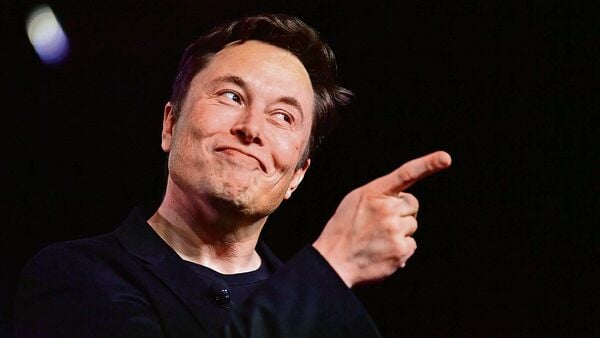 A Twitter remark posted by Tesla CEO Elon Musk has led to speculations of his visit to India in near future. The Twitter remark, showing Musk expressing fondness for Indian architecture has gone viral, attracting various kinds of comments from netzines. Replying to History Defined that had posted a beautiful facade detail of the Agra Fort, Musk wrote, “It's amazing. I visited in 2007 and also saw the Taj Mahal, which truly is a wonder of the world."

Musk has become a hot topic after he took control of Twitter in a $44 million deal. His Twitter remark led several Indian Twitter users respond to the tweet, one asking, "Any plans to visit India soon?" Another Twitter user Ajith Shan tweeted, "Any near time plan to visit India again? Let's make an itinerary for his next visit in this tread...haha." While another user Umashankar Singh wrote, "Now please do not think of buying it."

While Tesla registered its Indian arm in Bengaluru more than a year ago, the wait for its electric cars to arrive in India is still on. The government has been encouraging the electric vehicle giant to establish local manufacturing in the country. Last month, Union Road Transport and Highways Minister Nitin Gadkari had said that if Tesla was ready to manufacture its electric vehicles in India then there was 'no problem' but the company must not import cars from China.