Tequila Tesla is real, is expensive, is another Elon Musk joke brought to life

Elon Musk seems to be making a habit of turning his jokes into reality and it appears to play to the strengths of Tesla. As such, say cheers to Teslaquila.
By : HT Auto Desk
| Updated on: 09 Nov 2020, 08:59 AM 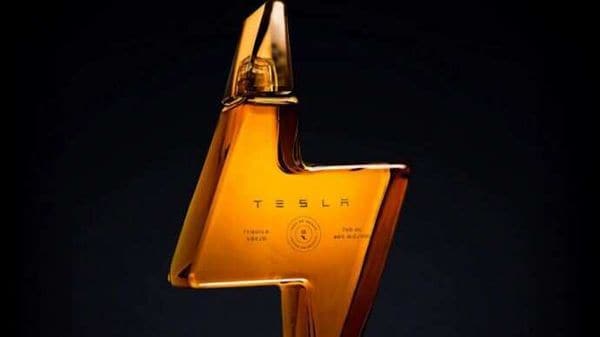 Tesla Tequila or Teslaquila is here for fans as the EV maker once again goes out of the box with how it does its business and connects with enthusiasts.

Tesla Tequila is a thing and it is expensive. And no, today isn't the first day of April. But back on April 1 of 2018, CEO Elon Musk had taken on critics of the EV-maker by saying Tesla is going bankrupt and that he may found passed out with his back against a Model 3 and surrounded by 'Teslaquila' bottles. Well, those bottles really do exist now and are available for purchase on the company website.

Tesla has moved to file a trademark for Teslaquila and it is now clear just why. The EV maker is offering the alcohol on its website and each bottle is priced at $25 (around ₹18,500).

While Tesla EVs are available in several international markets, Tesla Tequila or Teslaquila has only been offered for the US markets and will be shipped only to states which allow delivery of alcohol.

What is indeed striking, no pun intended, is that Teslaquila comes in a lightning strike-shaped bottle and Tels is seeking to assure of a premium taste. "Introducing Tesla Tequila, an exclusive, small-batch premium 100% de agave tequila añejo made from sustainably sourced highland and lowland agaves," the product description reads. "Aged for 15 months in French oak barrels and into a hand-blown glass bottle, Tesla Tequila features a dry fruit and light vanilla nose with a balanced cinnamon pepper finish. Best enjoyed as a sipping tequila."

It is highly recommended not to drink this or any alcohol while driving a Tesla or any other vehicle. However, with the advancements Tesla is making in the field of autonomous vehicles, many wonder if the alcohol will come packaged in future EVs from the company that are fully capable of independent driving.

For now though, this report is only to give yet another glimpse into the rather unorthodox manner in which Tesla does its business, connects with fans and, well, dominates the filed of play.

(Note: Consumption of alcohol may be injurious to health. This article does not seek to promote consumption of any alcoholic substance)