UK'S automotive industry shows minuscule signs of recovery even if countries across the English Channel are doing comparitively more to inject life.Some in the UK say current trends are not a recovery and barely a restart.
By : Bloomberg
| Updated on: 06 Jul 2020, 03:26 PM 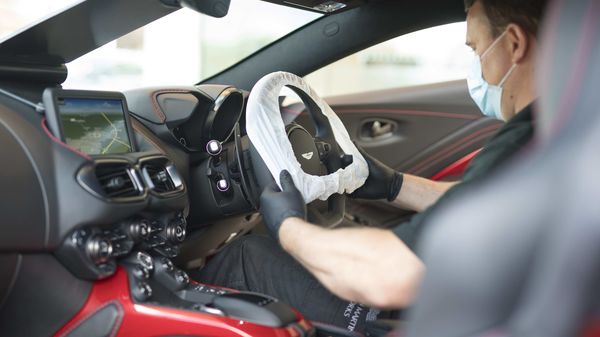 Britain’s car industry showed signs of improvement in June, spurred by the reopening of showrooms from lockdown measures designed to curtail the spread of Covid-19.

Registrations last month totaled 145,377 vehicles, a drop of 35% compared with June 2019, the Society of Motor Manufacturers and Traders said in a statement. Year to date, the tally is still 49% down, it added.

Improved footfall will be welcome news to showrooms and major local manufacturers like Jaguar Land Rover and Nissan Motor Co. Yet other European car markets are pulling ahead, buoyed by government incentives to encourage drivers to trade in older cars for new ones. In France, car sales rose for the first time this year in June.

Like France, both Germany and Spain unveiled aid packages for the industry, while the SMMT has called for state support, saying one in six jobs are at risk. The UK is expected to be among the hardest hit among western economies.

“While it’s welcome to see demand rise above the rock-bottom levels we saw during lockdown, this is not a recovery and barely a restart," SMMT Chief Executive Officer Mike Hawes said in the release. “Many of June’s registrations could be attributed to customers finally being able to collect their pre-pandemic orders, and appetite for significant spending remains questionable."

The expected boost from pent-up demand has yet to materialize given the backdrop of government furlough schemes winding down and mass job cuts across industries depressing consumer sentiment, according to the SMMT.

Consumers will be wary about buying big-ticket items like cars, given uncertainty over the economy and jobs, Ian Plummer, director at automotive classifieds company Auto Trader, said via email. They will also be seeking clarity as to whether the government will opt for a so-called scrappage scheme before making the leap, he added.

Plummer also called for support to the car-industry, worth 18.6 billion pounds ($23 billion) to the British economy.

The European car industry was decimated by the coronavirus pandemic after governments ordered showrooms shut for about two months and consumers remained under lockdown. Sales across Europe are forecast to drop by a record 25% this year -- the steepest percentage drop on record -- to the lowest total since 2013.