The study reveals that using hand-help phones while driving can correlate with activities such as overtaking on the inside of the car ahead, speeding, driving without a valid license and driving while intoxicated.
By : HT Auto Desk
| Updated on: 23 Feb 2021, 06:34 PM 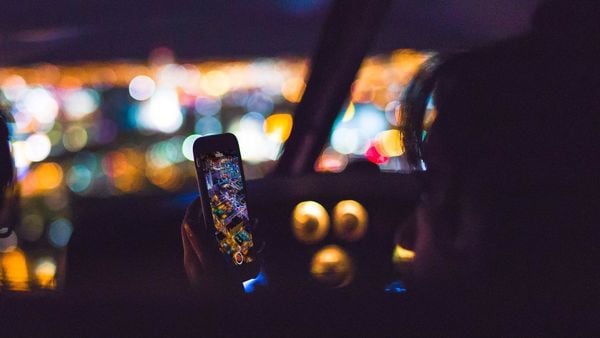 Assisted or some form of autonomous driving may make drivers more distracted than they would otherwise be. (File photo used for representational purpose)

Often people tend to use their mobile phones while driving, especially the novice drivers. But these people, who are found speaking on hand-held phones, are prone to have high-risk driving behaviours, as per a study by researchers at Lero, the Science Foundation Ireland Research Centre for Software.

The study called 'Smartphone Use While Driving: An Investigation of Young Novice Driver (YND) Behaviour', reveals that using hand-help phones while driving can correlate with activities such as overtaking on the inside of the car ahead, speeding, driving without a valid license and driving while intoxicated.

The researchers conducted the survey on 700 German young novice drivers with an average age of just over 21. However, it suggests that the data from the survey may also point to the behaviour of young drivers in other countries and can be used by authorities to enable road safety authorities to target relevant audience through awareness campaigns.

As per a World Health Organisation report, car crashes are the main cause of death for those between the ages of 15-29 with smartphone use acting as a significant contributory factor, Darren Shannon of Lero and University of Limerick was quoted as saying by ANI. "The data also indicates a moderately-strong effect between talking on a hand-held phone and speeding more than 20 km/h over the speed limit in urban areas," Shannon said.

The expert also said that speeding in built-up areas is moderately correlated with reading notifications, sending texts, or voice messages over phones. The research also pointed out that a sizeable number of novice drivers purposely disobey the law by hiding their phones while driving. "These attitudes have implications for the safety of other road users."

(Also read | Does the whiff of the 'new-car-smell' excite you? Study finds it can be harmful)

However, using phones for music-related activities has been perceived as less dangerous, as per Lero researcher and PhD student Tim Jannusch. "Nevertheless, changing music while driving, like reading or writing text messages, can cause cognitive, visual, and physical distraction and significantly increase the risk for road traffic collisions," Jannusch said.