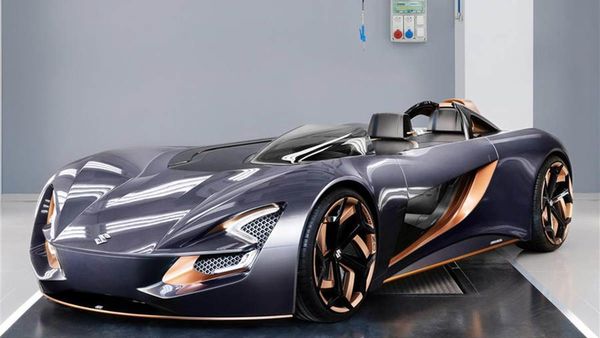 In terms of design, the Suzuki Misano all-electric roadster concept gets a suave appearance that certainly comes with aerodynamic efficiency.

Inside the open roof cockpit, the Misano roadster concept gets tandem seating for two occupants on the left side, while the battery pack and boot are positioned on the right. The cockpit boasts sporty steering, which doesn't get a conventional wheel shape. Moving to the rear, the car gets nicely positioned with horizontal LED taillights.

The concept will be displayed at Mauto, the Italian national automotive museum in Turin, on June 15 and 16. It has been designed by a group of 24 Master’s students at the Istituto Europeo di Design (IED) in Turin, Italy.

It has been named after Italy’s Misano World Circuit bike racing track and has a classic Barchetta silhouette. Despite being a car, Misano features some motorbike-inspired elements. It boasts a control yoke in place of a steering wheel and the small windscreen delivers the experience of riding a motorbike.