Suspension problems may wobble Tesla's flight as 115,000 EVs to now be probed 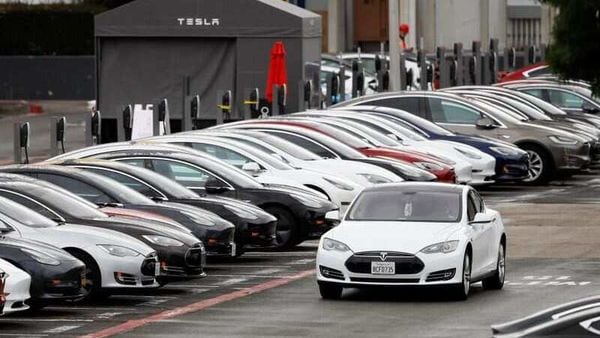 The National Highway Traffic Safety Administration is investigating whether faulty suspension parts on nearly 115,000 Tesla Inc. cars can result in damage to the tires.

NHTSA said 32 of the complaints involve failures that occurred during low-speed parking maneuvers and 11 while driving -- four of those at highway speeds.

“The complaints appear to indicate an increasing trend, with 34 complaints received in the last two years and three of the incidents at highway speeds reported within the last three months," the agency said.

In a 2017 service bulletin, Tesla said: "Some Model S and Model X vehicles may have been manufactured with front suspension fore links that may not meet Tesla strength specifications. In the event of link failure, the driver can still maintain control of the vehicle but the tire may contact the wheel arch liner."