Spread of video conferencing may have potential to hurt auto, airline industry

If there's no need to go to office, is there a need for a personal vehicle at all? If meetings can happen from any part of the world through virtual means, is travel for business really needed? As people and companies look to check expenditure, these questions may become increasingly relevant.
By : Shubhodeep Chakravarty
| Updated on: 13 May 2020, 08:16 AM 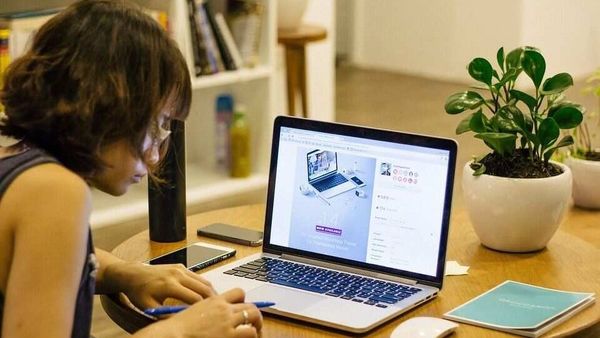 With employees increasingly working from home over the past several weeks across the globe, cars have remained firmly parked in garages while the airline industry is feeling the pain as well. No commute and no travel means that both industries - automotive and airlines - have been two of the worst hit by the fallout of the Covid-19 pandemic. The bigger question though is can the current norm become, even if to a smaller extent, the permanent norm?

Staying at home and still being productive at work has largely been thanks to advancements in communication technology. With video conferencing apps a dime a dozen, people have been using phones, tablets and laptops to maximum effect in order to see their professional commitments through. And while the social ramifications of virtual meetings can be endlessly debated upon, the efficiency of work may not have come down as much as skeptics may have previously feared.

The other fear is the potential impact of virtual meetings on the automotive and airline industry. Travel for work? Buy a car. Travel for outstation meetings? Take a flight. Perhaps not anymore.

While job loss is a very clear and present danger which will surely have a deep-rooted impact on automotive sales, it is a trend of working from home that also has the potential of disrupting one of the key conventional reasons to buy a vehicle in the first place - commuting for work.

Optimists argue that people would want their own personal vehicles now more than ever because there is a fear psychosis at play. It is a valid argument but one that is based on the assumption that almost everyone working from home currently will return to office spaces. And while that may be true for a majority of Indians, there is a clear shift in preference here and elsewhere. IT companies, for instance, have clearly adjusted to professional lives at home in the week of lockdown.

Mindsets are changing and so are outlooks.

Same is true for travel within a country or overseas for business purposes. While the possibility of having virtual meetings has been available for quite some time now, its true value may only be realised now. More so because organisations would likely control expenditure more strictly than ever before. This, in turn, could further hurt the aviation industry and the oil business. "I think you’re going to lose a good chunk of the jet demand that would have been associated with business travel. Our base case is you lose somewhere around 2 to 3 million barrels per day," Jeff Currie, Goldman’s global head of commodities research, was quoted as saying by Electrek on what could lie in store for the oil industry.

Some estimates suggest that it will take quite some time for the automobile and especially the aviation industry to bounce back to some semblance of normalcy. "The Western European automobile market will need about 10 years to reach the size of 2019 again," Prof. Ferdinand Dudenhoeffer, Director of Germany’s Center for Automotive Research, was quoted as saying in an Accenture report on impact of Covid-19 on the automotive industry.

If true, the possibly growing trend of working from home could end up playing a role in bringing demand down, even if in its own small way.