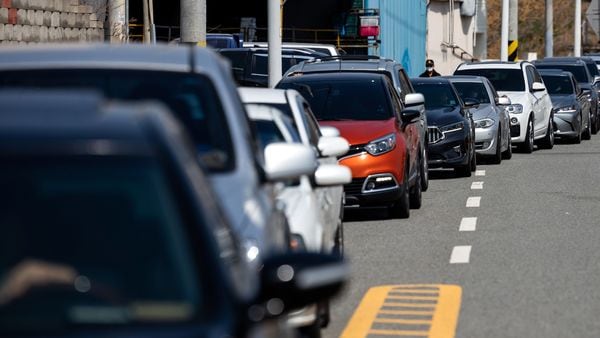 South Korea said on Monday it would provide logistical and financial support to help the auto industry through the coronavirus crisis, warning of disruptions to supply chains from Europe and the United States.

The government said it would speed up customs clearance, arrange freight transportation and provide liquidity support for the industry which employs about 12% of South Korea's workforce, according to official figures.

The coronavirus pandemic has led to shutdowns at auto factories and dealerships in the United States and Europe, which are expected to affect South Korean automakers such as Hyundai Motor Co and Kia Motors Corp.

"It's time to prepare for the shock of a global demand contraction and European supply issues," Industry Minister Sung Yoon-mo said in a meeting with parts supplier executives and industry associations, according to a readout from the ministry.

"Survival is the most crucial thing in this unprecedented crisis when both demand and supply contract at the same time."

The ministry gave no details on how much liquidity support the government would provide or what form it might take. The assistance is part of 50 trillion won ($39 billion) in emergency financing announced last week to boost the economy.

South Korea has reported 8,961 coronavirus cases and 110 deaths from the disease.

Hyundai Motor closed its Montgomery, Alabama, assembly plant on Wednesday after an employee there tested positive for COVID-19. It also suspended production at its plants in the Czech Republic and India due to the coronavirus outbreak.

Europe and the United States account for about 70% of Korean automakers' exports, and 54% of Korean parts exports, government data showed.

A trade ministry official said South Korean exports would deteriorate in April and May, after rising 10% year-on-year in the first 20 days of March. Car exports rose 13.7% in the period, customs agency data showed on Monday.

"For the time being, a drop in exports of cars and auto-parts are inevitable as car factories and dealerships are closing," Sung said.

South Korean automakers had stocked up on inventories which could last up to two months, Sung said.