Snapchat's speed filter has been linked with several injuries and fatal accidents as people allegedly used the filter to brag about their speed.The critics of the speed filter and advocates of safe driving welcomed the move by Snapchat.
By : HT Auto Desk
| Updated on: 21 Jun 2021, 01:12 PM 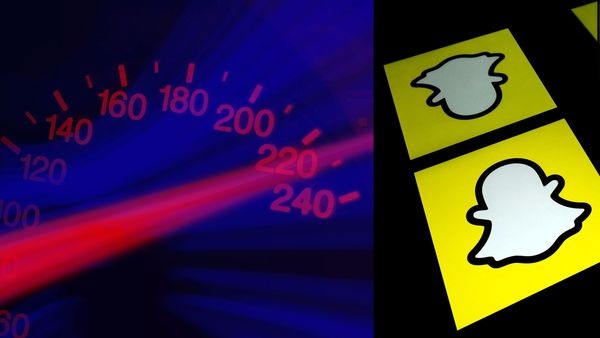 Multi-media messaging app Snapchat is dropping the 'speedometer' filter that allowed users to share how fast they are moving by taking a photo through the app, several media reports confirmed. The controversial filter that was introduced by Snap Inc. back in 2013, had been facing immense criticism for encouraging reckless driving behaviour.

The 'speed filter' is allegedly linked to several injuries and fatal accidents. Drivers involved in these accidents were moving at high speeds in a bid to score bragging rights on the app. Snapchat also faced many lawsuits from families whose members became a victim of reckless speeding.

While confirming the removal of the filter to NPR, a Snapchat spokesperson did not acknowledge the safety concerns surrounding the feature. Instead, she said that the filter was being removed from the social media app because it is no longer being used by Snapchat users. She added that the removal of the filter has started but that it could take a couple of weeks to completely remove it from its community of 500 million monthly active users.

The critics of the filter and advocates of safe driving welcomed the move by Snapchat but also highlighted that past damage cannot be reversed. "Lives will be saved. Crashes will be prevented, but... why did it take so long?" Joel Feldman, co-founder of End Distracted Driving - one of the groups that urged Snapchat to remove the filter - told NPR.

Out of the several accidents linked to the 'speed filter', one took place in 2015 where a vehicle collision involving the speed filter left the driver in Georgia with permanent brain damage. In 2016, five people in Florida were proclaimed dead after a high-speed collision that reportedly involved the speed filter.

Following these reports and lawsuits, Snapchat tried lowering the prominence of the filter by converting it into a 'sticker' in Snapchat. It also added a 'Don't Snap and drive' warning that appeared every time someone used the feature. The company also quietly capped the top speed for which a post could be shared. However, the filter was still made available until now.